As you're walking from the Ossolineum to Hala Targowa you may notice a brick walkway that holds metal plaques commemorating influential dates for the city of Wrocław​.

I have walked along this path numerous times and always found the design of them to be intriguing. However, as I am newbie to the city, I never really knew what all of them meant. So for my latest post, I decided to look into what the imagery on the walkway represents.

Here is Wrocław's​ Path of History, as told through the images in the sidewalk: 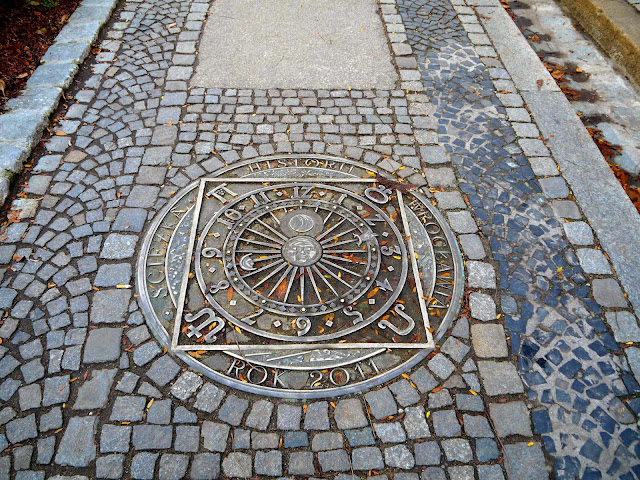 1000: The name of the city is Wrotizla and it is the year the Bishopric of  Wrocław​ is established. 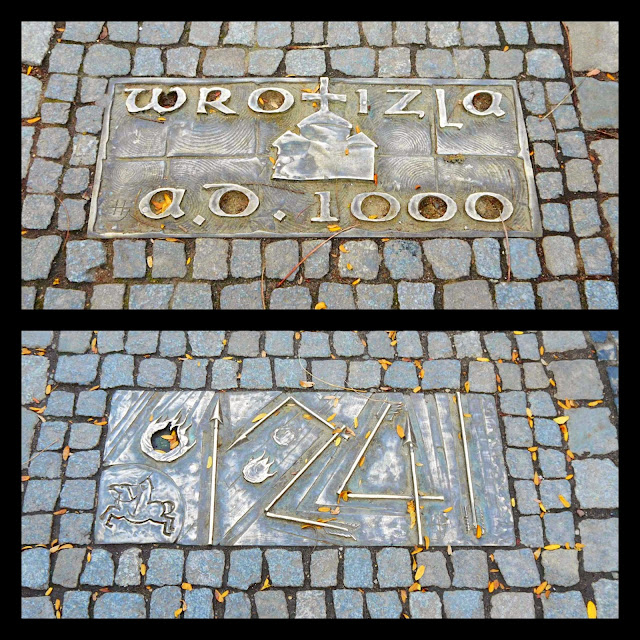 1241: The town is devastated when Eastern Europe is invaded by Mongrols.

1242: The town is rebuilt into the city limits known today – including what is now the Rynek and Plac Solny. 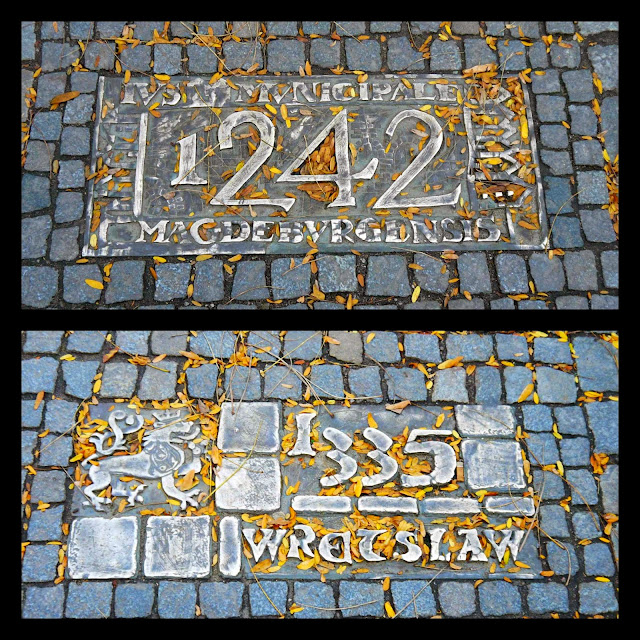 1335: The name of the city is Wratslaw and it is incorporated into the Kingdom of Bohemia (Czech Republic).

1526: The name of city is Bresslaw and it is now under the ownership of the Austrian Hapsburg Empire. 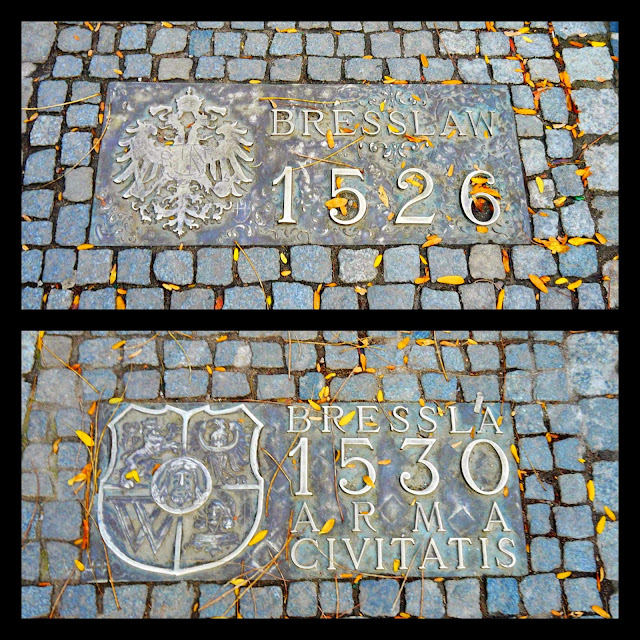 1530: The name of city is Bressla and it is the year the coat of arms is developed (which is still used today).

1633: The bubonic plague overtakes the city. 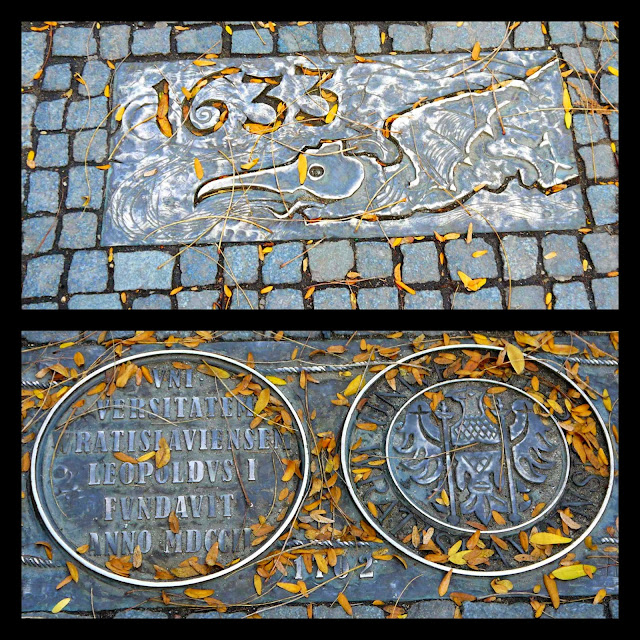 1702: Leopoldina College is founded (now known as The University of Wrocław​).

1741: The city's name is Bresslau; Prussia takes power over the city. 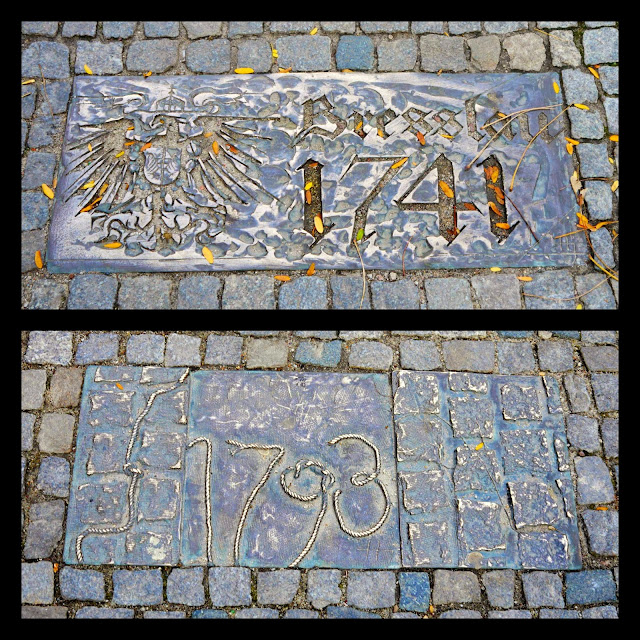 1793: Uprising against the Kingdom of Prussia. 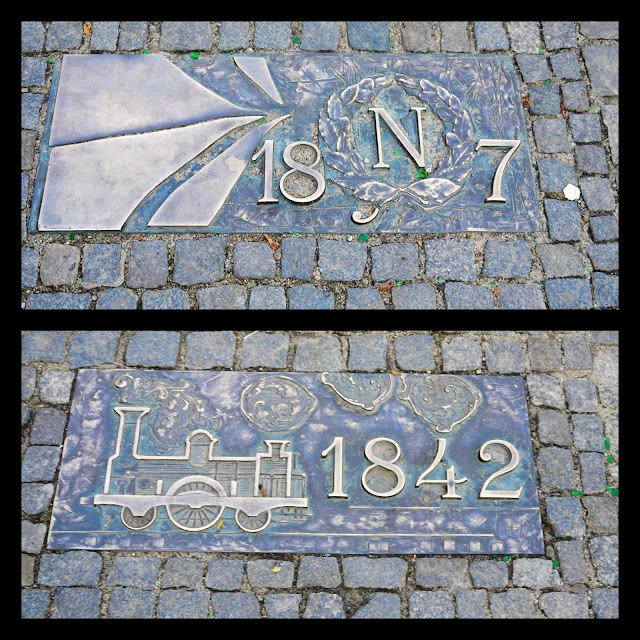 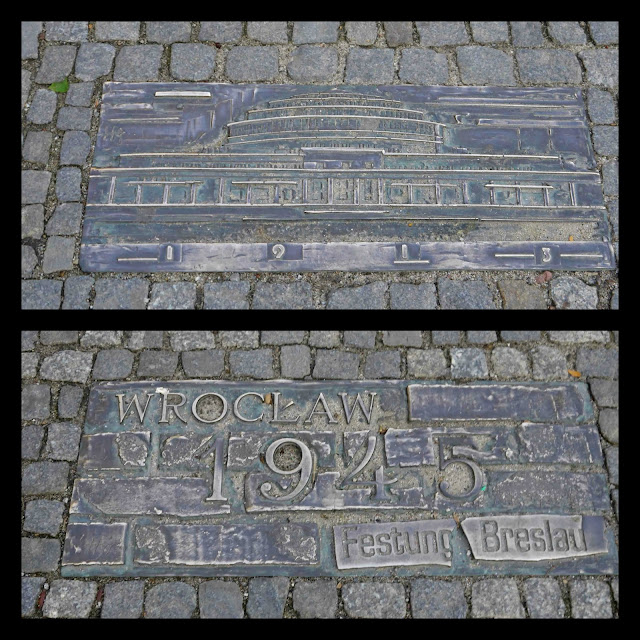 1945: The City's name is now Wrocław​ after the Siege of Breslau (a three month long battle taking place in the city). Breslau was the last major city in Germany to surrender, only two days before the end of WWII. 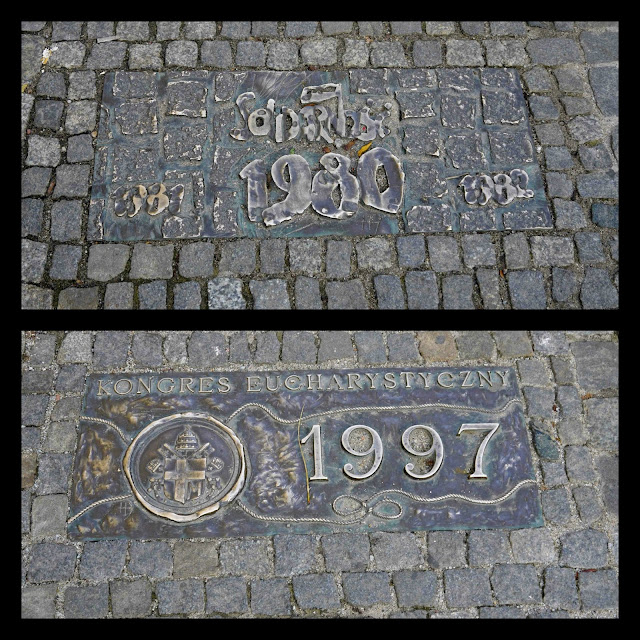 1997: The International Eucharistic Congress is held in Wroclaw (a gathering of religious leaders in one central location taking place once a year). 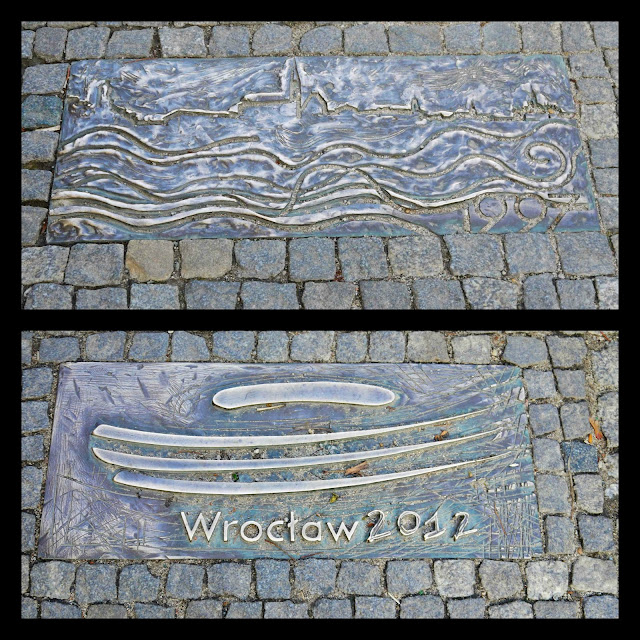 2012: This is where the sidewalk ends – with Wrocław​ as a host city of the UEFA Euro 2012 Football Championship!

Well, there you have a it – a look at some of Wrocław​'s historic landmark dates. If you want to read more about the walkway written in Polish, here is an original article about its inception.
I am not an expert historian by any means, so if you know of anything to add/edit, feel free to comment. Here is a list of some of my other sources I used as reference: 1, 2, 3, 4.

"To read more from Jackie about vacation destinations, DIY projects and decor details, check out her blog Morning Kawa."​

Jackie Foster Fagan is an American who recently moved from the US to Wroclaw. A lover of coffee more than almost anything, Jackie runs the excellent lifestyle blog morningkawa (morningkawa.com), and writes about local lifestyle and more on Wrocław Uncut.