The new Concordia building on Wyspa Słodowa has opened to the public, with a bar run by the Do Jutra team being one of its first attractions.

The opening of Concordia comes years after much wrangling between the city and various activists on what to do with the land the building now stands on.

To try and address the issue, activists formed the ‘Wyspa Słodowa 7‘ group, which put forward a strong campaign for any new building to protect the island’s visual aesthetics, as well as its cultural vibe. They asked for the city authorities to keep the area public and therefore in the hands of the residents.

However, they failed in their bid to have the old building renovated and transformed into a public cultural centre. Instead, the city chose for a private developer to come in and construct a building that could partly be used for cultural purposes.

The culmination of those plans is the ‘Concordia Hub’, which aims to provide “conference rooms, restaurants and an open space for cultural activities“. The new facility contains some original elements of the old the building, but is significantly bigger.

When the designs for the Concordia building were revealed in 2018, the Wyspa Słodowa activists were not impressed. They described it as “an unremarkable, underwhelming design that pays no respect to the historic surroundings and has been constructed to serve as office space.” It’s fair to say that not everyone agrees with that though, and the design does have some admirers. 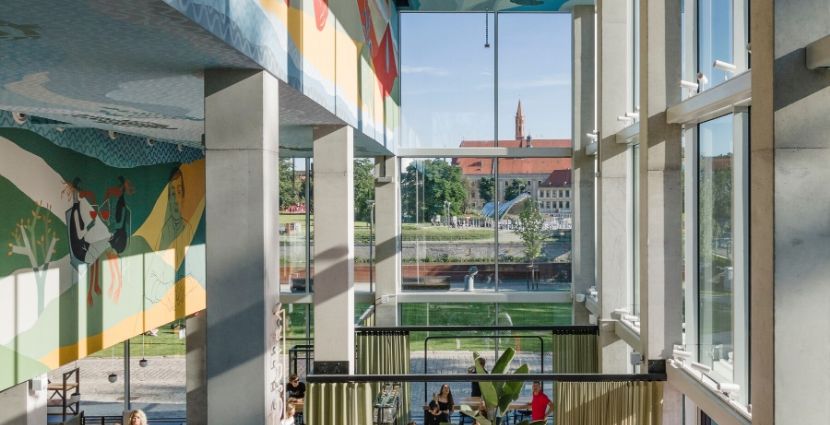 Despite the criticism, the plans went ahead and the new complex is now up and running. According to wroclaw.pl, the Concordia building is home to a startup incubator, a co-working space and gastro zone. There is also an impressive looking viewing platform on the top floor that looks down on the Island.

At the opening of the facility on Thursday, Wrocław President Jacek Sutryk had the following to say:

This is a special place that was created thanks to a combination of trust and passion. We are building Wrocław as an open, modern city, but we respect and value history and multicultural traditions. This place will quickly become a showcase of the city. We are ready to transform the entire space of Wyspa Słodowa. This project has global potential. 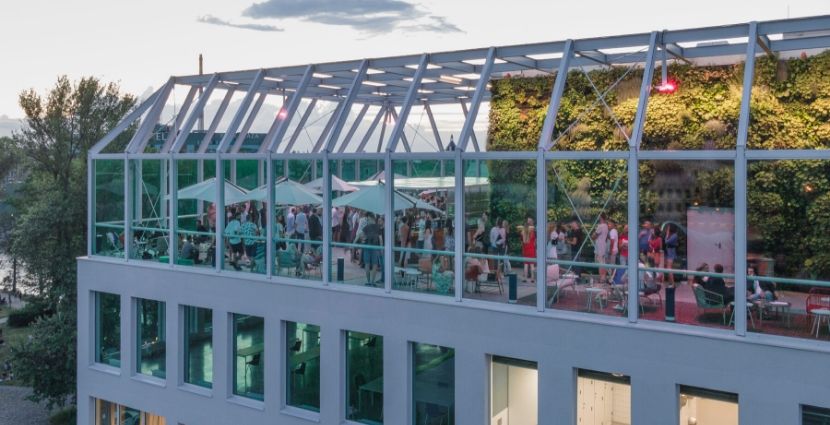 The people behind popular bar Do Jutra are one of the building’s first tenants. They have opened a new venue named ‘Słodowa‘ and are also hosting some parties at the viewing platform on Friday and Saturday nights.

Other attractions include ‘the largest green wall in Poland’, which is located at the centre of the viewing platform, and the ground floor, which is to regularly host exhibitions and galleries.

Lion’s Roar To Greet MPK Passengers At The Zoo Stop

February 13, 2020
WROCŁAW UNCUT IS SUPPORTED BY