To commemorate the 40th anniversary of the Solidarity strikes at Grabiszyńska bus depot, a new exhibition has opened at history centre that now stands in its place.

Forty years ago, on August 31st, 1980, the workers of the Gdansk shipyard, who had been on strike, signed a historic agreement with the then Communist government. In doing so, they created ‘Solidarność’ (Solidarity), the first officially recognised independent trade union in the eastern bloc.

Headed by charismatic leader Lech Walesa, a 35-year-old electrician at the yard, the trade union garnered international attention and attracted a broad coalition of support from socialists, intellectuals, liberals, as well as conservatives, Catholics, nationalists and many ordinary men and women from various persuasions and backgrounds in Poland.

The organisation also fostered a thriving underground movement, one that was developed and characterised by colourful and bold modes of expression, whether it be via poster art, graffiti, pirate radio stations or other mediums. As Solidarność grew, workers across Poland took to the picket lines and as the momentum snowballed, the fate of the PRL government was sealed by the end of the decade.

Of course, this short summary of events doesn’t quite tell the whole story. One way to get a detailed insight into the Solidarity movement is to listen to this series of lectures by renowned historian Norman Davies.

What about in Wrocław though? For those keen to find out more, our very own history centre fortunately provides some answers.

Here in Wroclaw, early agitators were at work before the aforementioned agreement was even prepared, and it was at Bus Depot 7 on Grabiszyńska street where sparks of local industrial action flew. The original depot is now the site of the Depot History Centre, easily my favourite museum in the city.

To mark the 40th anniversary of strikes at the depot, the History Centre has produced an immersive multimedia experience in which you bear witness to the transport workers first becoming aware of the events in Gdansk, then deciding to join them in solidarity.

The industrial action spread throughout Wrocław’s public transport system and beyond, with countless locals joining in the somewhat festive atmosphere of the original pickets. In total, some 700 workplaces and 700,000 people went on strike, bringing 13 cities across Poland to a standstill. Wrocław was one of the first and most militant. 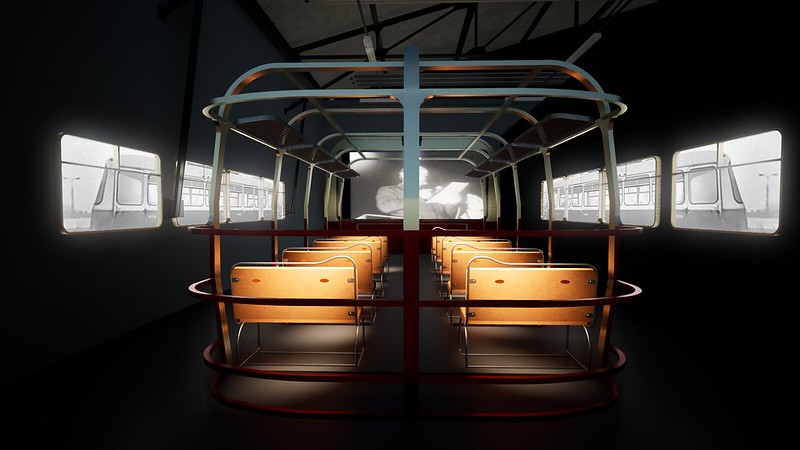 The experience, which ought to be booked in advance to secure the English version, takes around 45 minutes. I would also strongly recommend taking in the permanent exhibition on top of that (numerous artefacts from the era and plenty of social history context imaginatively arranged). For the most part, you sit inside a mock-up of a Jelcz ‘Ogorek’ (cucumber) bus, an iconic symbol of the era.

The sights and sounds of the emerging action are portrayed in English by impressive voice actors using regional British accents (I detected Manchester, Glasgow, and others). Despite being a very Polish story, I enjoyed this artistic interpretation and it didn’t distract from the portrayal at all. In fact, it was a excellent way of bringing things to life for English speakers.

Various archive photos and texts appear on the walls around you to effect – it’s clear they spent a lot of time and energy mulling over how to tell the story. 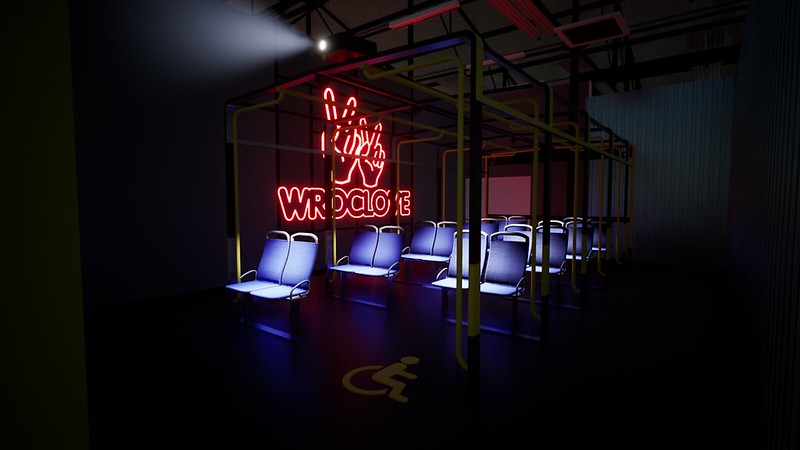 That said, at times I felt as though the larger political implications were glossed over, and perhaps the whole experience is most appropriate for younger adults. For example, difficult themes such as the impending implementation of martial law are avoided.

The other problem facing exhibitions like ‘The Depot Is On Strike’; which celebrate the achievements of the Solidarity movement, is what the trade union has become over time.

Before the fall of communism, Solidarność encompassed a group of individuals with various different worldviews. However, their determination to overthrow the communist regime was what bound them together. Following the defeat of communism, many of those Solidarność members inevitably ended up embracing different brands of politics.

Meanwhile, the Solidarność trade union has continued to operate and use the same name and emblem synonymous with the battle against communism. As a result, the actions of Solidarność  today can influence how people perceive the trade union’s legacy.

In recent years in particular, Solidarność has effectively become an appendage of the ruling PiS party, offering almost unconditional support for President Duda and the current administration. The trade union have also deemed it necessary to engage in anti-LGBT rhetoric in recent times.

For example, Tygodnik Solidarności, the union’s newspaper, recently named Duda as its Person of the Year. Today’s leader, Piotr Duda (no relation to the president), also recently declared that Solidarity was born “under the cross”, while the trade union’s weekly paper asked, “is LGBT a neo-Marxist ideology?” Its editor has also argued that LGBT groups are “attacking Christian values” and “calling for discrimination against those who think differently”.

40 years after the signing of the Gdańsk Agreement, rump Solidarity’s banners are reminiscent of communist-era propaganda both in aesthetics and in content.

“Glory to the President, who wonderfully serves the Polish nation.” pic.twitter.com/Hlth4RKosi

When it comes to matters a trade union would typically deal with, the actions of today’s Solidarność aren’t exempt from controversy either. A case in point is the Sunday trading ban, which the union lobbied for alongside the Catholic Church – even though a number of employees (e.g. students) lost out on work as a result, or in the case of some supermarket staff, ended up working extraordinarily late on Saturdays and Mondays.

Solidarność were also the only trade union that agreed to the government’s paltry pay-rise offer for teachers. The decision made some members in Dolny Śląsk so furious that they opted to break ranks and strike anyway.

As a consequence, some believe the conservative Solidarność of the 21st century bears little resemblance to the original group. Others nonetheless share the view that the organisation was always religious and conservative at heart, and that today’s Solidarność merely reflects that.

Perhaps unsurprisingly, Lech Wałęsa now distances himself from the present-day Solidarność. PiS have repeatedly accused Wałęsa of being a communist agent, and seemingly wish to instil the view that Lech Kaczynski is the real hero of the Solidarity movement. 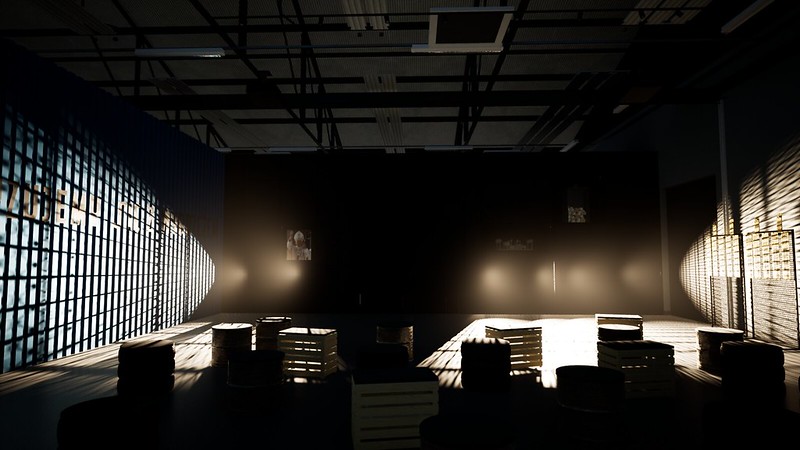 It is with these recent events that I took the closing remarks of the exhibition’s video with a grain of salt. As we finish the film, it reminds us to live onwards in our lives with the memory of Solidarność, and embrace the values for which the humble bus depot workers originally fought for. Perhaps the contemporary organisation which bears their name should take note.

North Londoner Richard Lewis fell in love with Poland after several visits and decided to move to Wrocław last May. He's particularly fond of the city's history and cultural life, as well as cinema and vegan food. He's even been trying to make his own pickled cucumbers lately - how very Polish!

Simcha Jewish Culture Festival On The Way This Saturday