German bus operator Flixbus have announced the return of 7 international routes, including connections to Prague, Dresden, Brussels and Paris.

The relaunched routes will start operations on Thursday and come after many EU countries opened up their borders to residents of other member states. 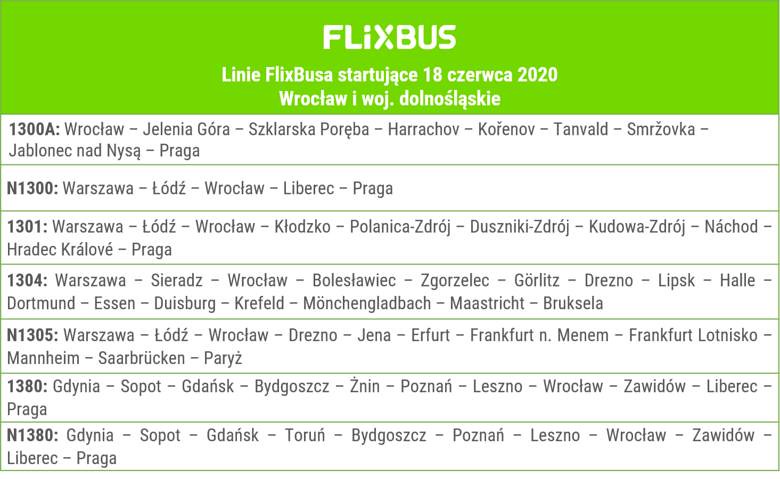 Most of the routes go to Prague but stop at mountain or spa resorts on route. There is also a connection to Paris via Dresden and Frankfurt, as well as a route to Brussels stopping at Dortmund and Maastricht along the way.

Trains From Wrocław To Germany and Czechia Return