Last Saturday thousands attended Wrocław’s 10th Equality march under the slogan of “Together in the Name of Love”. I took my place alongside them to check out the atmosphere.

I arrived on Plac Wolności just before the official 3pm start, by which time a crowd had already spread throughout the square. There were various different groups present; some families with children were there and even some elderly citizens too. However the vast majority of the crowd were young adults vibrantly dressed in rainbow colours. Many were bearing banners, glitter and flowers.

Regardless of how disparate the participants were, everyone was united as regards the intended message of the march: equal rights for everyone. 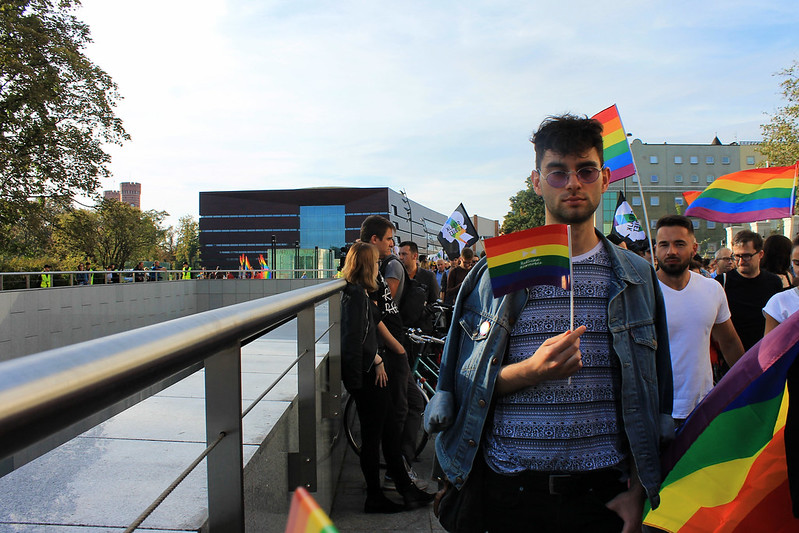 The organisers had of course made that clear long before the event took place. Alina Szeptycka, one of the co-organisers of the march and coordinator of the “Equal Place” in Wroclaw, spoke in September of her belief that LGBT + people in Poland are discriminated systemically and do not have the same rights as heterosexual citizens.

Around 7,000 people took part in Saturday’s demonstration according to the organisers. While that figure may be a bit of an exaggeration, the crowd was evidently several thousand strong – making it a bigger turnout than any previous equality march.

Once the march got underway, the participants embarked on a walk around the main streets in the city centre. Starting from Plac Wolnosci, the demonstration continued along st. Modrzejewskiej, Świdnicką, Kościuszki, Kołłątaja, Skargi, Oławska, Kazimierza Wielkiego, Gepperta and plac Solny.

The march then reached the Rynek, where a manifesto was read out, and continued later through Ruska and Kazimiera Wielkiego, Zamkowa and eventually back to Plac Wolności. 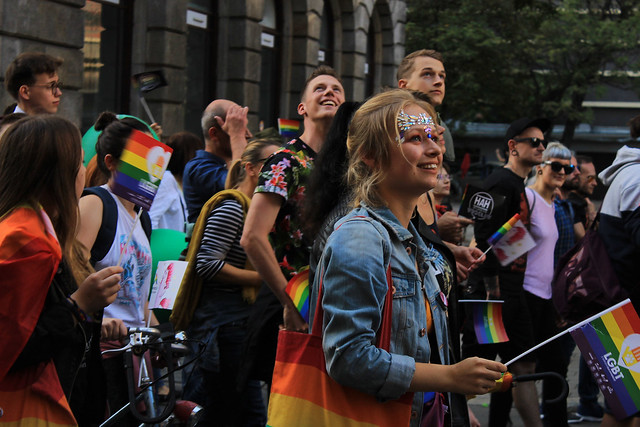 Throughout the march hundreds of rainbow flags were waved above participant’s heads, while some people from balconies and windows clapped at same time. People seemed to be in a very upbeat mood, singing to classics by ABBA, Queen, Madonna and more.

Further rhythms were also generated by drummers performing on a float that was especially decorated for the occasion. Besides the music, several chants were audible, such as “We do not want to live in the underground”and “We demand education without hate”. 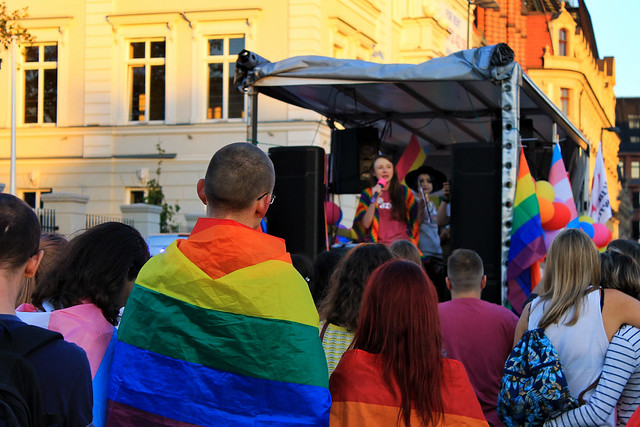 Although the march obviously centred on demands for lgbt+ rights, it wasn’t the only issue the participants want addressed. The march also called for action against hate speech and violence motivated by prejudice. The demonstrators want to see more effective responses to manifestations of homophobia, xenophobia and racism in public spaces, as well as the introduction of reliable anti-discrimination and sex education in all schools. Last but not least, they wished to make it clear that they want Wrocław to be a city that welcomes refugees. 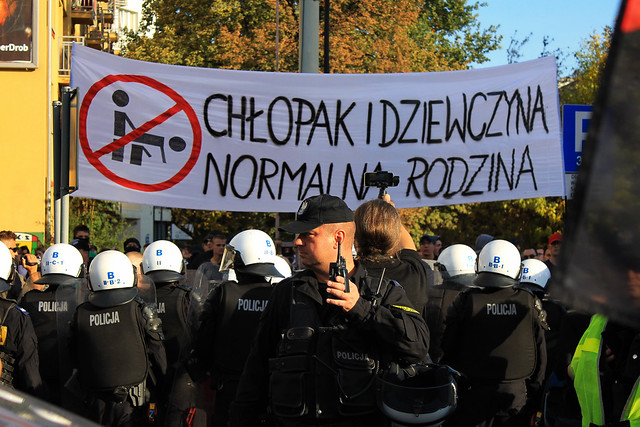 At the same time as the Equality March, a counter demonstration took place at the junction of Kościuszki and Piotra Skargi street. A group of around 200 people shouted slogans such as “Man, woman – normal family!” There was also a banner implying that homosexuals are likely to be pedophiles. In response, the participants of the Equality March simply smiled and waved to the counter protesters, sending kisses in their direction while well chanting “We are at home”.

A strong police cordon thankfully separated both of the demonstrations, preventing any potential clash between the two groups. Unfortunately the same could not be said for after the march, when it is alleged that two lgbt+ rights activists were attacked by 8 men. 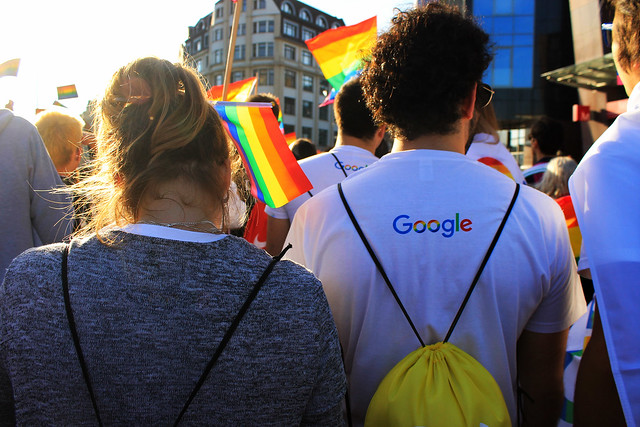 Last year around 1,000 people took part in the equality march, including members of the ‘Culture Of Equality’ association, staff and regulars at gay-friendly venue Hah Wrocław, members of the black protest movement, as well as employees of Credit Suisse.

This year’s turnout was definitely more than that. The opposition to the lgbt+ rights movement are still as vocal as ever however, illustrated by Saturdays small but extremely emotive counter protest.