As the examples of Pasibus, Niezły Dym and Panczo show us, successful food truck converts are always welcome in Wroclaw. Now it's time to add Osiem Misek to the list.

Those in the know will be familiar with the Osiem Misek food truck, which has been making simple, delicious and healthy food on Borowska street for some time now. Their food menu is mostly based on Asian cuisine, but you can also try delicious juices and teas there too.

After some delays getting started, Osiem Misek's fully fledged restaurant is now running smoothly on the corner of the trendy Wlodkowica street, right next to craft beer hangout Ale Browar.

When you enter the restaurant, bright blue and white colours welcome you ın. So even in a rather wintry Wroclaw, you can still feel like you are eating at nearby a beach or somewhere more sunny and comfortable.

Osiem Misek is a casual spot for lunch, dinner or just a coffee, tea or some luscious homemade juice. You can even take your laptop and do some work at Osiem Misek, while the place wouldn't look out of place for a date either. It is neither too laid-back nor too fancy, occupying that comforting middle-ground which exudes coziness. 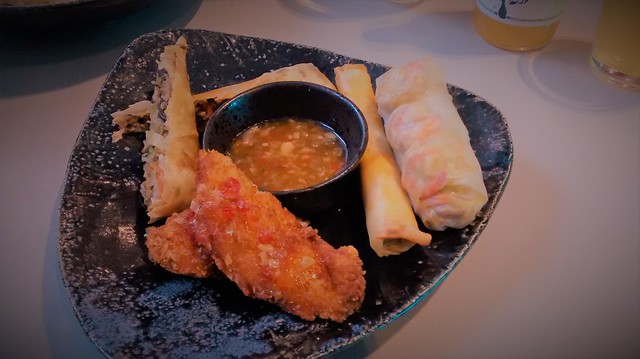 The menu is uncluttered – which is for me is the first sign of a successful restaurant. They simply have a few main dishes and some aperitives.

One thing Osiem Misek do particularly well are their burgers. Yes I know, burgers have been to death in Wroclaw – but Osiem Misek's offering is unlike anything else in the city. Despite being viewed as a "healthy burger", the beef bao I ordered was both huge and filling (don't mistake it with the photo below, which is the pulled-pork version). Unlike in a classic burger, the buns at Osiem Misek are steamed, while asian greens accompany the meaty filling. 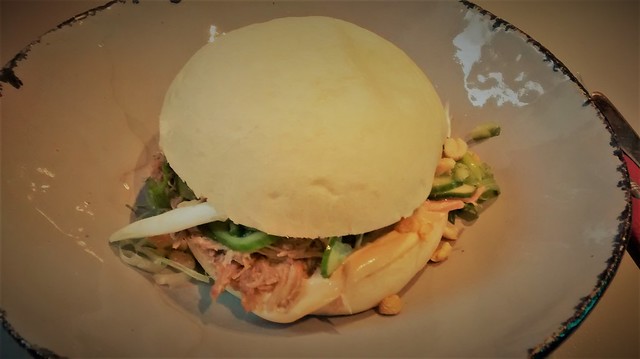 My other favourite at Osiem Misek is the Ramen. Be careful though – it's spicy! I’ve tried as many bowls of Ramen as I can find in Wroclaw, and so far this is definitely the best one. The quality ingredients and rich flavour make this a winning dish in any person's book. If you like pretty details, you will also love the Ramen spoons.

Aside from the vibrant food, another thing I enjoyed at Osiem Misek was the simple pleasure of sitting around while watching the night pass by. Despite its popularity, you don’t feel pressured to leave as soon as you finish your meal – another hallmark of a good restaurant as far as i'm concerned.

With the exception of a slightly watery tea (being Turkish I personally like a strong tea) everything we had at Osiem Misek really packed a punch – making it a venue well worth returning too.

Cansu Girgin grew up in İstanbul before studying in the Journalism and Social Communication programme at the University of Wroclaw. Cansu loves the Wroclaw's green parks and peaceful atmosphere here after coming from a big and crowded city. Outside her studies, she enjoys painting, taking photos and reading a book in the local park.