Alyki is an ambitious yet quaint and down to earth restaurant that is aptly located at the foot of Wroclaw's tallest building, Sky Tower.

The international restaurant prides itself in incorporating new ingredients and recipes from cuisines all over the globe into its menu, which is revamped every month. On top of that Alyki also prepare a very reasonably priced lunch menu that is changed everyday.

It was the latter that I sampled during my flying lunchtime visit to Alyki, which turned out to be a rather pleasant retreat from the daily grind in the office. Each day between 12-5pm the restaurant serve two lunch menus, a basic one (24zl) as well as the chef's special (31zl). Having studied economics in Aberdeen, the thrifty Aberdonian in me prompted me to go for the basic option, which proved be just right on the money.

First up was a very simple but equally delightful vegetable soup that was rich in flavour and very hearty. I do have an unhealthy habit of adding to much salt and pepper to soups, however there was more than enough taste here to keep my hands well clear of the seasoning. 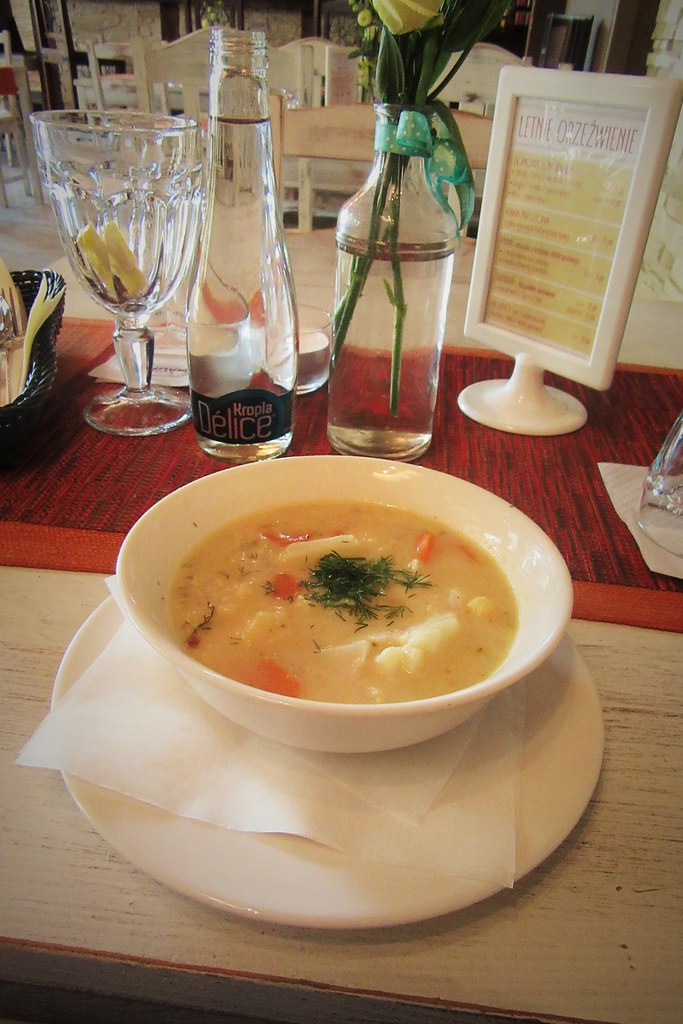 Next up was a well balanced main meal comprising roasted potatoes, chicken breast stuffed with mozzarella and tomatoes, as well as a side salad with feta cheese. The dish itself is admittedly nothing ground breaking, but all the little details count and each element was cooked just right. The roasted potatoes were satisfyingly crunchy on the outside and soft on the inside, the chicken was succulent and tender, while the salad was vibrant and zingy. 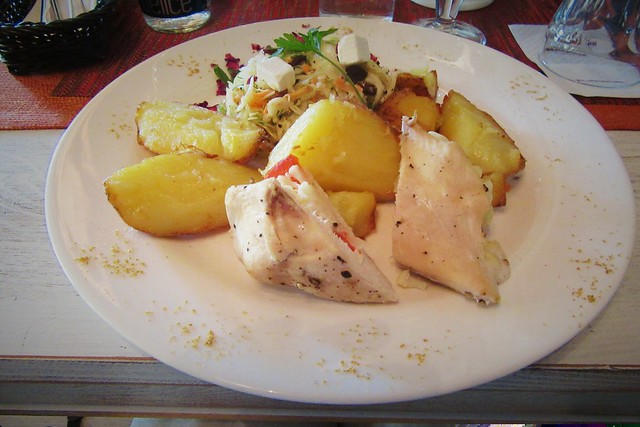 While the business lunch was a tasty but evidently simple affair, Alyki's regular menu does include far more complex offerings.

Earlier this year Alyki won an award for having the best menu at the spring edition of Wroclaw's Restaurant Week, a title that they will seek to defend in the Autumn edition next month. The winning entry featured a starter of lime consommé with parmesan polenta and rare roastbeef, which was followed by a main dish comprised of sous-vide cooked duck alongside yellow pearl-barley and carrot-orange puree. 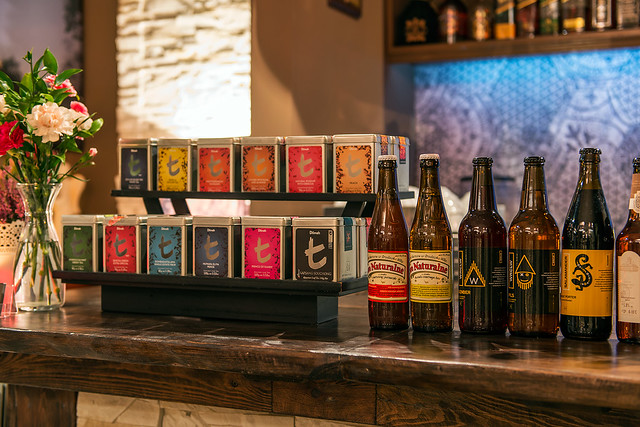 The restaurant's decor seeks to mirror the international character of the menu, so there are plenty of touches here and there that give a nod towards culinary hotspots in Europe and further afield. Although that does make it tough for the place to generate a close affinity with a particular cuisine and style of interior design, it also leaves us with a genuinely international surrounding in which to wine and dine in Wroclaw. 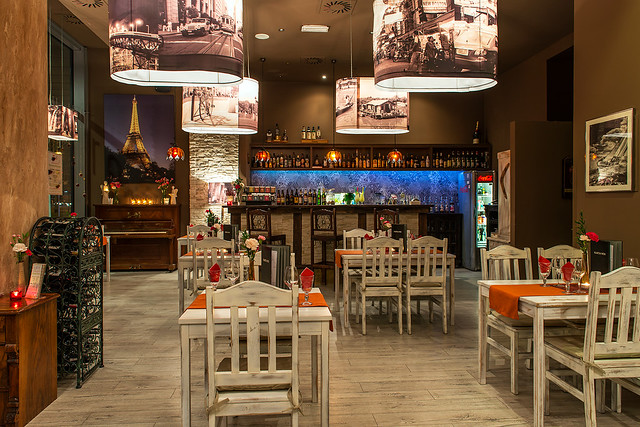 For those who swear not to eat in a shopping centre restaurant (like myself) you need not give Alyki the cold shoulder either; the locally owned venue is accessible from the street and is not connected with the building's shopping centre at all. 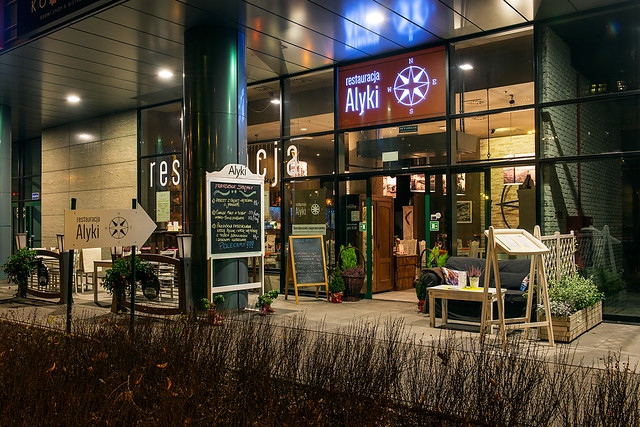 Given Alyki's location at the foot of Sky Tower, the place does somewhat lack the charm that some classic old town haunts can take advantage of. Even so, the restaurant's owners clearly have a passion for good food and drink, something that is more than evident on the venue's evolving menu. This positive energy is also present among the staff, who were attentive and focused on their jobs for the duration of my visit.

Needless to say though, Wroclaw isn't short of elegant restaurants looking to push the boat out when it comes to cuisine, especially after the recent flurry of new venues that have opened of late. Alyki is nonetheless one such place vying for contention in this area, and while it may not be the city's grandest restaurant, it's certainly a quality one that should not be overlooked or underestimated.