Panczo is a popular food truck that's been developing a reputation as the city's best venue for Mexican food.

Generally parked on pl.Społeczny, the food truck was hard at work dealing with lengthy queues when we arrived during another Wroclaw food truck festival. Although the waiting times on the day were frustratingly long, it eventually became clear why people continue to queue up at Panczo. 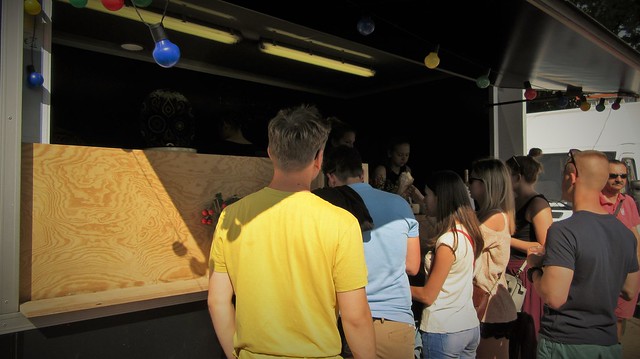 The food truck's menu is limited to a few varieties of tacos and burritos, but what they do cook they do rather well indeed. After some 20 minutes or so (I believe it would be less than half that time on a normal day) we had our hands on two burritos: one chicken and one beef. 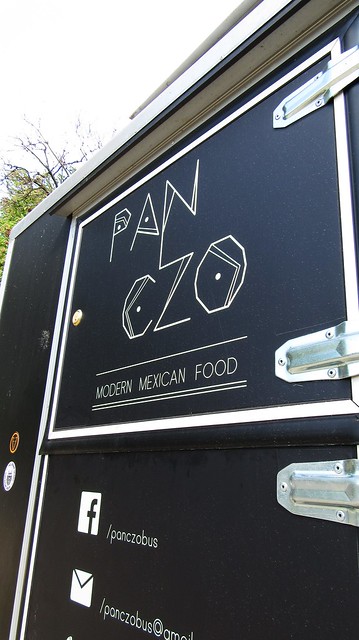 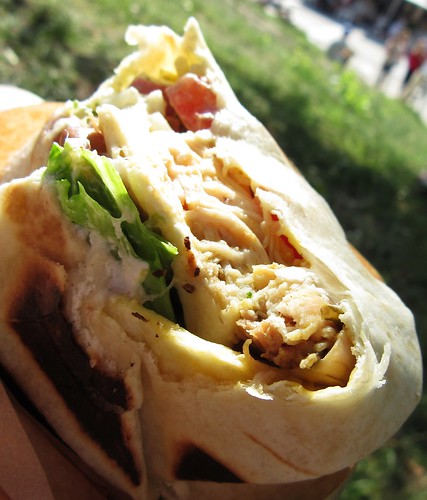 Given that the asking price for the burritos is 20zl (quite a lot for a food truck with no seating and no toilet) Panczo are clearly confident enough that the cuisine will speak for itself. By comparison, a good quality falafel and hummus wrap at street-food takeaway The Root is just 13zl. Panczo do have something rather unique going though, which perhaps allows them to bump up the prices a bit.

Both of our burritos represented georgious street food; vibrant vegetables and well seasoned meat were packed inside each toasted tortilla. The beef burrito also had a generous splashing of fresh coriander that just made the whole thing that little bit moreish. That said, the 18zl price that Panczo originally put on their burritos would be a lot fairer. Market economics dictate otherwise though, and there clearly are enough people willing to splash out on Panczo's tasty grub. 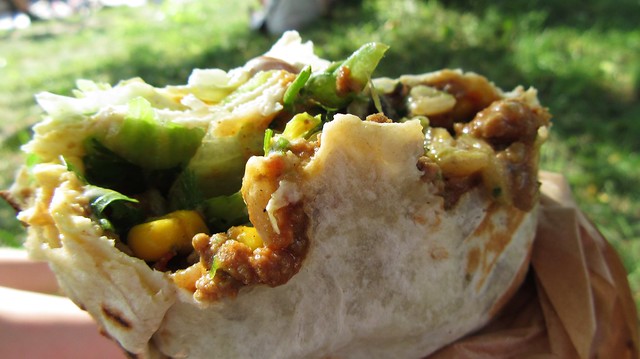 Another positive aspect about Panczo is its rather cool location by the outdoor bar at pl.Społeczny. The pub regularly host concerts on weekend summer nights, and you can easily pop in there to grab an 8zl Zywiec APA with your burrito. 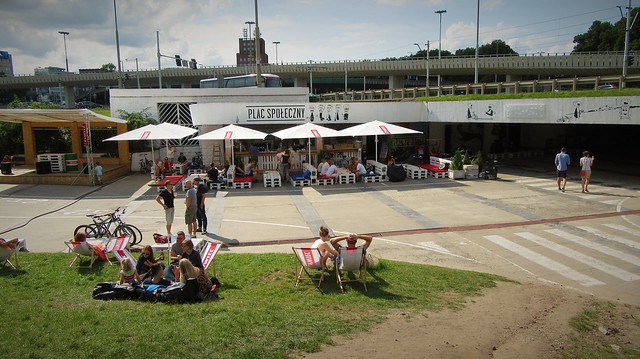 All things considered, Panczo quite rightly appears to be next in line to become Wroclaw's latest big name food truck. Yes, the prices are more than they should be. Even so, they have earned the right to get away with it by creating something new and interesting in town. Perhaps they may even follow Bratwursty, Happy Little Truck and Pasibus by setting up their own restaurant. If they do, Wroclawians will have another full time Mexican restaurant to add to Nadodrze's Tacos Locos.