With the craft beer boom currently in full swing, one of the first breweries to take advantage of the craze is opening its own pubs in Poland’s beer-loving cities.

For AleBrowar, whose debut beers Rowing Jack and Black Hope were part of Poland’s craft beer genesis alongside Pinta’s Atak Cmielu and Imperium Atakuje, the move appears to be an attempt to replicate the success Brewdog have had in recent years. Brewdog’s prosperity has shown that having a chain of bars is a great way for a craft brewery to promote its product and its ‘cool’ image’ to hipsters and hopheads. So it comes as little surprise that AleBrowar are planning to do the same.

Unlike Brewdog however, who pretty much defined what a craft beer bar should look and feel like when they opened their first branch in Aberdeen, AleBrowar Wroclaw is setting up shop in a city that is already packed full of multi-taps. 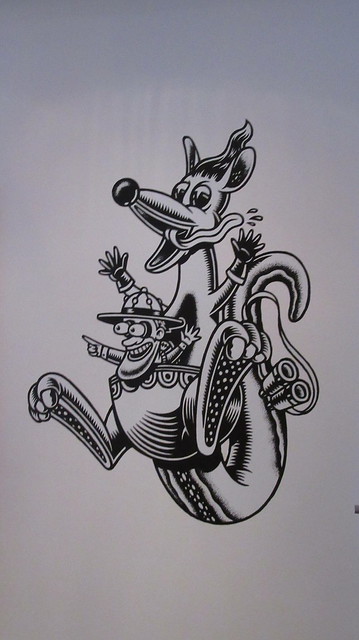 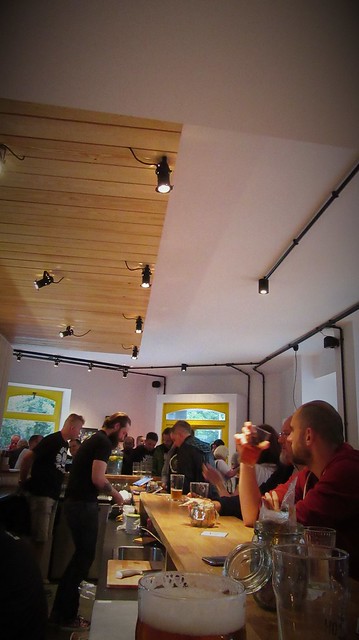 Given this stiff competition, which already includes great bars like Marynka Piwo i Apertivo, Kontynuacja, Szynkarnia, Pod Latarniami, Targowa Pub and Four Hops, AleBrowar have their work cut out if they are going to stand out from the crowd. It’s early days yet of course (especially seeing as we did this review on the opening night), but as it stands AleBrowar Wroclaw does not come up trumps in the city’s battle of the multitaps. Naturally, there’s great beer and cool vibe at AleBrowar, however that is true of their competitors as well.

On the other hand, one thing that does give the pub an edge over the competition is price (provided the beers were not subject to an opening night promotion). 11zl for a pint quality craft beer is pretty good going these days, so if AleBrowar commit to this price they could lure a good few beer snobs away from Wroclaw’s other thriving multitaps. 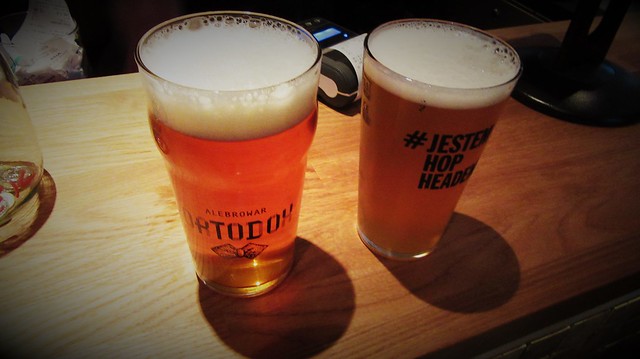 The two-floored pub is quite snug and compact upstairs, with a few more seats and a small but cozy second bar in the basement. Compared to the industrial look many bars have employed of late, AleBrowar have gone for a brighter, cleaner and more refined feel with plenty of wooden trimmings and touches of yellow here and there. It’s not a cutting-edge interior that’s necessarily inspiring, although that hardly a biggie in the overall scheme of things.

One noticeably frustrating thing about the interior however is the beer pricelist behind the bar, which does not include any information about the style of the beer, the IBV or alcohol content. This basically means you to either ask the staff about the beers (which is fine but not ideal when the place is busy) or google the beers on your phone.

When it comes to the atmosphere at AleBrowar, there were a few notable pluses. The place has a very chatty climate, particularly with the large crowds that typically gather when the latest cool venue opens its doors. The playlist on opening night was also refreshingly full of indie rock, a welcome change from the varities of mind-numbing ambient electro that is regrettably getting pumped out of the speakers at a few contemporary venues in Wroclaw.

All in all, it is visbile that AleBrowar Wroclaw​ is a pub that’s still very much in its infancy. Ultimately there are a few too many shortcomings here and there that mean it can’t quite hit the high notes of the established multitaps just yet. Time is on their side though and the bar is likely to get better with age, so it’s one venue in town definitely worth keeping an eye on.