One of the latest pubs to try and break into Wroclaw's increasingly crowded craft beer scene is Targowa Craft Beer & Food, a cellar bar housed in the same building as the city's iconic food market.

The pub's interior appears somewhat influenced by the beer-halls and restaurants in Germany and the Czech Republic, with a wide open room and long tables ideal for getting a large group of friends together. While it can get a bit cramped at times, the set-up does lend itself to an informal and chatty vibe that generates a lively atmosphere. 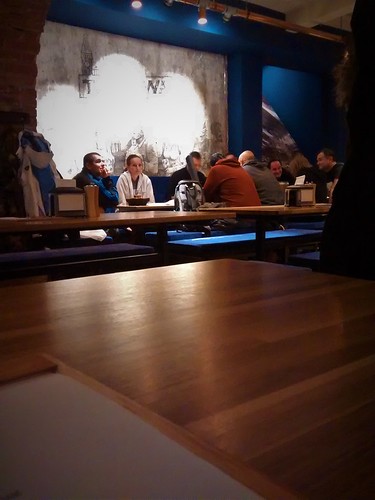 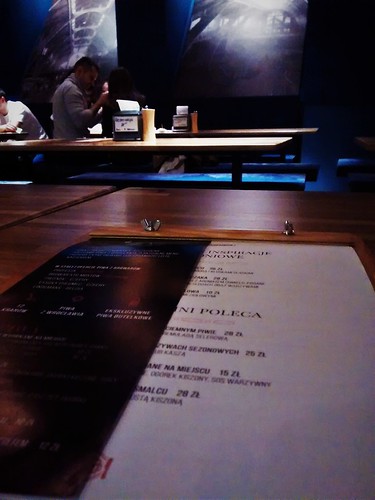 On the face of it, prices at Targowa Craft Beer & Food are pretty much on a par with Wroclaw's other craft beer haunts, with most beers costing around 12-13zl for a half litre. For a main meal you can expect to fork out between 25-40zl.

On our visit here a few months ago, we sampled the bar's grilled chicken with vegetables, as well as a their version of the Polish classic Schabowy. The rather dull photos below (taken on a spontaneous visit with an average mobile phone) will not exactly turn any heads, however one should focus on more than merely looks alone.

When it comes to the dishes themselves, they were both perfectly acceptable and an ideal compliment to a refreshingly hoppy IPA. Having said that, there was little to justify the inflated price tag given that the quality did not really set itself apart from Wroclaw's many affordable Polish eateries. This was a few months ago though, and there is enough recent evidence on the pub's Facebook profile to suggest they have been upping the ante in the culinary stakes. 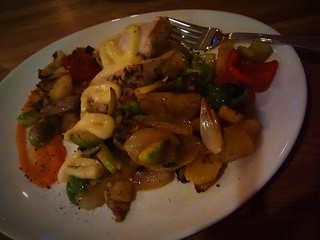 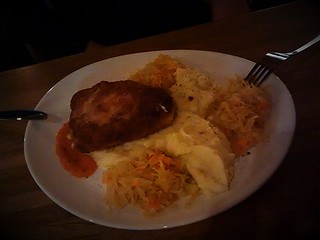 If truth be told though, the ideal food choice at Targowa Craft Beer & Food is one of their chopping boards stacked with bread, cured sausages, cheese, smalec and more. Ideal for sharing, these Polish smorgasbords suit the pub's sociable atmosphere.

All in all, it would be fair to say that Targowa Craft Beer & Food has done enough to earn its place on Wroclaw's craft beer map. The pub's interesting location and decent atmosphere in particular make it a place worth checking out.

On the other hand, there are numerous other craft beer venues that excel in different ways. Szynkarnia offer classic Polish produce in a contemporary style, Kontynuacja boasts a huge amount of beers on tap, and you can of course tuck in to some of Wroclaw's best pizza at Marynka Piwo i Apertivo. With all of this competition located in the heart of Wroclaw's old town, Targowa Craft Beer & Food appear to have a battle on their hands if they wants to consider themselves as a contender for the city's craft beer crown.