The team behind the successful burger food truck enterprise Pasibus have made a big step up in the shape of their new restaurant, which opened on Świdnicka street a few weeks ago.

Pasibus' food truck, which still enjoys good trade further down the road on Powstańców Śląskich, helped lay the foundations for what is slowly becoming a mini-empire of burger joints in Wroclaw. That success paved the way for Pasibus' first restaurant, Przystanek Pasibus, which is a rather humble student hangout conjured out of a container or two.

Having accomplished a lot with those two ventures, Pasibus are aiming for a big slice of the cake by setting up a more permanent looking home on Świdnicka street. If first indications are anything to by, it won't be long until another Pasibus restaurant is born.

The restaurant's interior is somewhat reminiscent of the industrial style that typifies so many of the pubs opened by Scottish craft brewer Brewdog. It's a trend that a good number of new venues in Wroclaw have tried to embrace, however the temptation to cut costs and use shortcuts has all too often resulted in mundane interiors baring the same predictable hipster clichés. This criticism can't be labeled at Stacja Pasibus, which boasts a captivating industrial interior that oozes confidence and lures in curious passers-by. 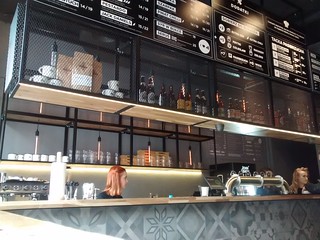 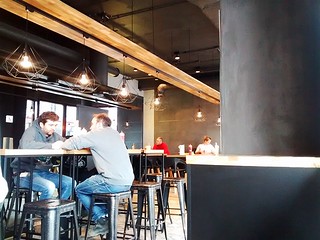 The only real downside at Pasibus is the fact that it's constantly rammed with customers, so you may well feel rather claustrophobic if you pop in there at peak times. In order to guarantee yourself a seat, it's best to get down there early on the weekend or make a visit during working hours on a weekday. That was exactly what I did on my first visit, when I opted for the chili burger photographed below.

Composed of a sesame bun, beef patty (grilled to your preference), tortilla chips, rocket leaves, jalapeno peppers, salsa and a slice of cheese, this was messy fast food at its best. 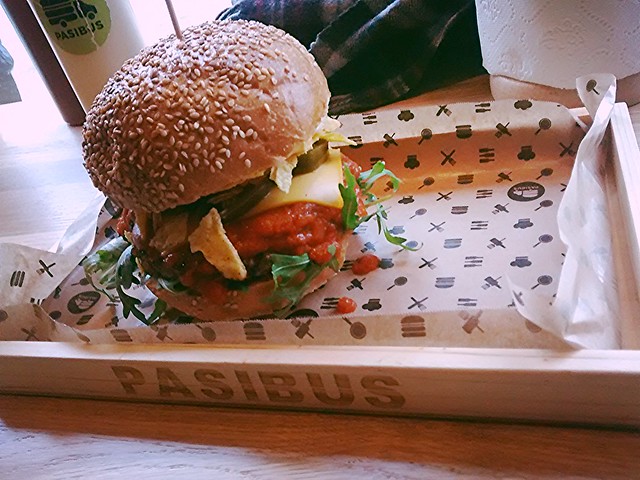 With the burger proving enough of a meal on its own for a regular weekday, I returned to Pasibus to sample the chips and enjoy a pre-match beer on a Sunday lunchtime. Fried with the skins still on, these fries were perfectly enjoyable and easily a cut above the standard frozen variety you get in so many fast food venues. Admittedly they were not as crispy as I'd like, but to place too much attention on that would simply be nitpicking. 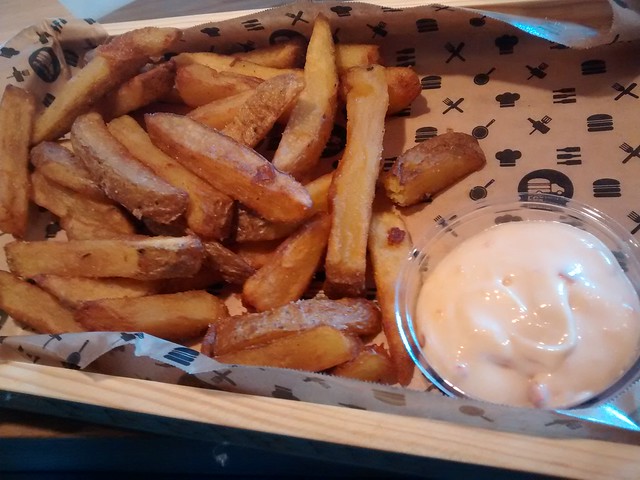 One of the major advantages of Pasibus over other burger bars is the fact it has an licence to sell alcohol. That gives you the chance to spend your hard earned dosh on a craft beer instead of a trendy soft drink, and there's plenty to choose from with 8 beers on tap. 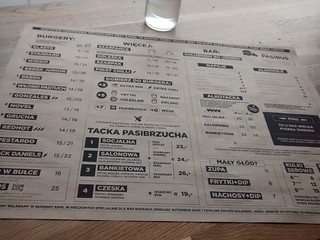 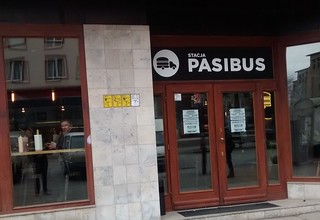 Meanwhile Pasibus' prices, while not being the cheapest in town, are very reasonable. Burgers cost between 9-22zl, with a side order of fries coming in at 5zl. The beer is reasonably priced too – a half litre of Browar Stu Mostow's Salamander AIPA cost just 11zl on my visit (roughly 1-2zl lower than at a multi-tap). Czech beer is also available for 8zl.

All in all, it's difficult to find too much fault with Pasibus – which is pretty much why it is packed to the rafters every time you walk past.