Regardless of whether you’ve been living in Wrocław for a while or have just arrived in the city, sooner or later you will hear about the neighborhood that is aptly called 'The Bermuda Triangle', or as locals simply say, the Triangle.

Now, at first you might chuckle and think what a silly name for a neighborhood. Then comes the “Why?”. Why name a neighborhood after a region of the north Atlantic ocean which spans a triangular area between Florida, Bermuda and Puerto Rico?

Well, according to local urban folklore, the area displayed the same qualities as the famous Bermuda triangle – people would sometimes simply “disappear” after entering the neighborhood.

But the only thing now that this area has in common with its moniker is its shape – it roughly spans the area east of Pułaski street, between Traugutta and Kościuszki, although some will claim that it also includes the area from Pułąski Street to Kołątaja. The official name of the Triangle is Przedmieście Oławskie, which gets its name from the fact that it was an old suburb of Wrocław (hence the “przedmieście”) which was built next to the river Oława, a tributary of the Odra. 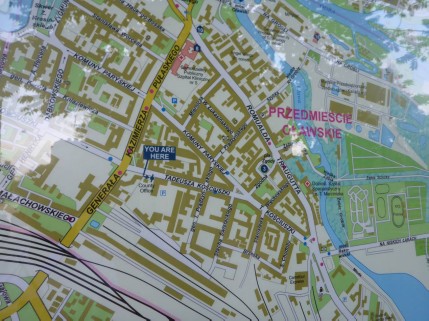 The area really started coming into its own in the middle of the 19th century. With the creation of a master plan, construction of a rail line and drainage of the swampy areas on the banks of the Oława, the neighborhood started attracting industries of all kinds.

Factories that produced mayonnaise, paper, lemonade, pianos and even Wroclaw’s only ever car factory, were located in the area. Along with the rapid growth of industry came the need for housing, which saw the construction of multi-storey tenement blocks that have survived in many places to this day – the so called “Kamienice”. At the end of the 19th century, Przedmieście Oławskie was actually the second most populous neighborhood of Wrocław. 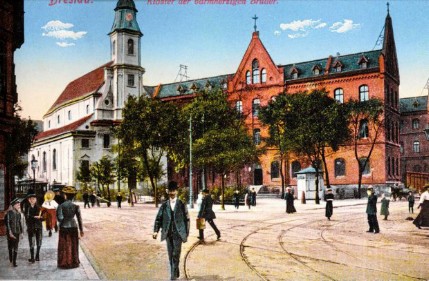 However, the area suffered a lot during the Soviet siege in 1945, with many parts being flattened due to the bombing campaign. The best example of this is Plac Społeczny. Not many people know that this architectural eyesore, with its undeveloped wide open spaces and road flyovers, was once a vibrant part of Przedmieście Oławskie. Called Osiedle Tkaczy, its name roughly translates as “Weaver Settlement”.

Despite the war damage, post WW2 Przedmieście Oławskie was still better off than many other parts of Wrocław, and was one of the first places were Poles from Western Ukraine were resettled.

It was only after this period where the infamous urban legend of the Bermuda triangle began. Forgotten by the new authorities, Przedmieście Oławskie suffered from urban blight, a major side effect of which was an elevated crime rate and ensuing poverty, which in turn gave credence to the myth of the Triangle. Legends were fueled by local graffiti which read “God forgives but the Triangle does not” or “He who enters here won’t leave alive” or stories of knife wielding thugs on Miernicza street who were waiting “just around the corner” for their next innocent victim. 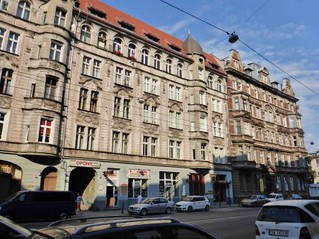 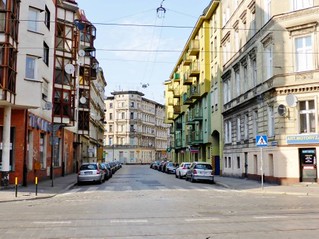 However in the last few years, Police have noted that the crime rate of Przedmieście Oławskie has been gradually dropping. A huge factor in this is the fact that a lot of developers have taken the risk of building new apartments in the area, in turn attracting new people to the neighborhood. Also, a lot of the housing in the area is public housing – and as the older generation pass away, the city can then sell the apartment blocks on the open market.

The area is still far from perfect though, and many of the tenements are badly in need of repair. Every now and then a strong odor of urine will waft in from the entrance to a building, while the district probably has the highest concentration of alcohol shops per square kilometer in Wrocław. The place could definitely use some more green spaces too. Although the Park Na Niskich Łąkach is close by, some streets are just begging for a few trees.

So why did I decide to write about this place? Because it is on the verge of an enormous change that will make it once again a place where people will be actively looking to live and work in. It's all thanks to a revitalization plan that is being put into place by the local magistrate, which foresees 55 million PLN to be spent on revitalisation by 2019. The city is also fighting for further funding on a national as well as a EU level. The area will see some changes similar to those now being observed in the neighborhood of Nadodrze. You could also argue that the experience of Nadodrze will help to make sure this development is even more successfull. 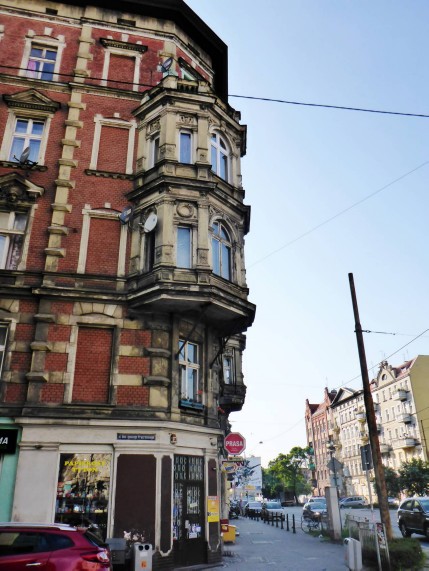 Even now, the place has some hidden jewels that are hard to find anywhere else. Small bakeries where you can buy real bread, not that big-chain-supermarket stuff that’s made out of frozen dough. A butcher shop where the staff can tell you exactly what’s the best use for each part of meat they sell. There are tailor shops, florists, fruit and vegetable stands, pierogi parlors, hair salons and many other places that will hopefully spring future articles about this area.

It’s safe to say that Przedmieście Oławskie is an area that its worth keeping an eye out for. Hopefully, the place will not lose its unique character in the process of revitalization, and will not only be a magnet not only for locals, but also for visitors from other cities and countries around the world.

Since the age of two Bartosz been back and forth between the US and Poland. He currently resides in his hometown of Wrocław, where he works as a Project Manager in the field of construction by day, and an amateur writer at night. His interests include travel, history, biking, kayaking and some good old fashioned garden work.

10th Equality March: The View From Inside