Plans to revitalise the Nadodrze area and transform it into the city's equivalent of Krakow's Kazimierz are still a mile off – but the arrival of the much needed Bistro Narożnik is bound to act as a major catalyst.

The Rewitalizacja Nadodrza project has helped numerous specialist stores, cafes and a handful of restaurants to open up in one of the city's oldest neighbourhoods. Even so, despite years of hard work the area still seems too bereft of life – particularly in the evenings. The primary reason for this has been evident for some time. Basically, there are no pubs.

That may seem a little short sighted given there are some unique places to eat, drink, shop and learn in the area. Nevertheless, when the sun goes down Nadodrze's growing alternative vibe erodes and the neighbourhood feels much like it did before the project took off.  It's just as well then that Bistro Narożnik, an affordable, unpretentious gastro pub with a cozy and traditional interior, has burst onto the scene. 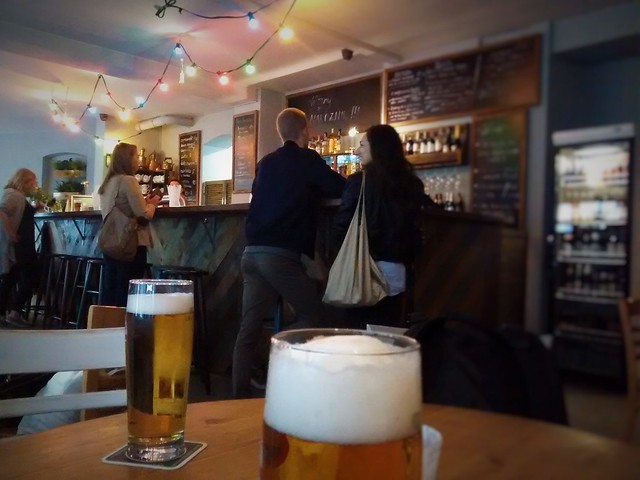 Despite Bistro Narożnik 's walls still looking a touch bare, my first impressions about the interior were definitely positive. Not many new pubs nowadays dare to stray beyond current fashions of pallet tables and IKEA style furniture, so it is refreshing to see Bistro Narożnik shun that in favour of a more elegant style that blends the traditional with the contemporary.

The chairs and tables are predominantly wooden and typical of what you'd find in a Celtic or English pub, while the neatly chalked out blackboards above the bar give the place a homely vibe. The coloured lighting hung from the ceiling does admittedly look a touch out of place, yet that too isn't without it's charms as it gives the bar its own sense of identity. At the back, the painted map of Nadodrze is an excellent way to pay homage to history of the district. 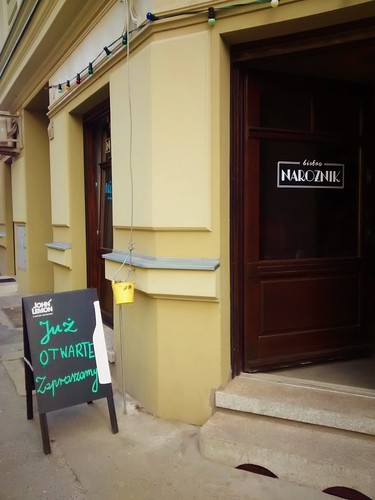 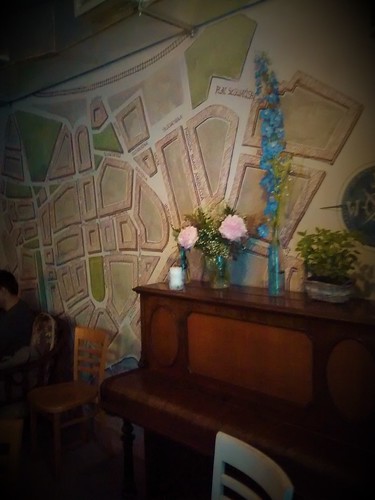 Sporting 4 beers and 1 cider on tap, plus a selection of bottled beers, wines and spirits, Bistro Narożnik is another pub catering for Poland's continuously widening palate. On top of that the bar serves various hot and cold sandwiches, tortilla toasts, cakes and some daily specials. On our visit we sampled some tortillas with spinach and cheese, as well as a pulled pork sandwich and toast with a sun-dried tomato dip.

First up were the tortillas, which came with a black olive tapenade and some side salad. The tapenade was sharp and tangy and went down well with the torillas, which were easy to pick up and dabble into that moreish olive dip. The side salad, which was also the same for the pulled pork, wasn't anything out of the ordinary yet was still fresh, clean and perfectly adequate considering the whole dish only came to 11zl. The sundried tomato dip for the toast in the second dish was also satisfyingly tangy, with a hint of spice added to the mix too. 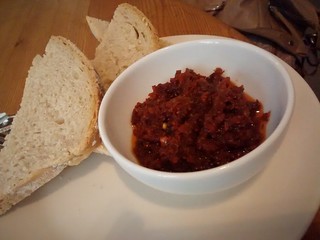 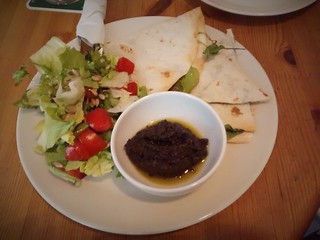 Finally, the pulled pork sandwich, which rather disturbingly resembled a microwave burger, thankfully tastes a good deal better than it looks. This isn't the best pulled pork you'll get in town, yet it easily does enough to merit its 13zl asking price. A different choice of roll would definitely improve the dish though. 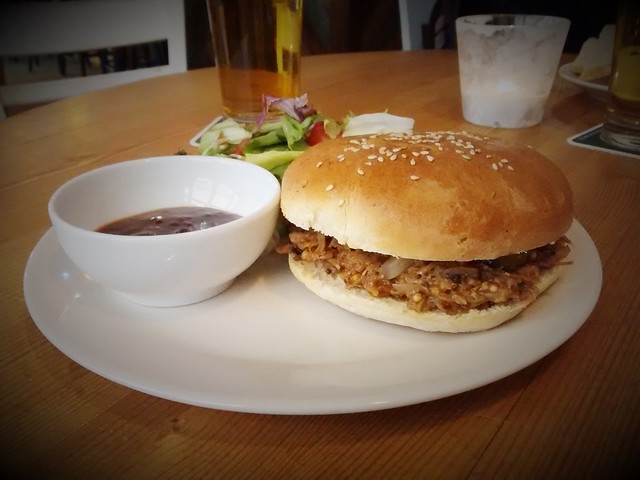 While Bistro Narożnik can not be considered a champion of culinary excellence, the food and drink is excellent for the money and the bar's laid back atmosphere is sure to be a hit. If you are looking for a friendly, no-nonsense pub to have a few good beers and an affordable bite to eat, Bistro Narożnik is definitely a good bet. Having been there on three occasions in the space of  the last week, the place already seems to have attracted a cool following and the bar staff all seem motivated to get the place up and running.

It's taken some time, but finally Nadodrze has got the pub it deserves. Can we have a few more please?