On a recent visit to the Wrocław StrEAT Food Truck Festival I had the opportunity to try two (out of three) options from Naan Tandoori & Grill's menu. 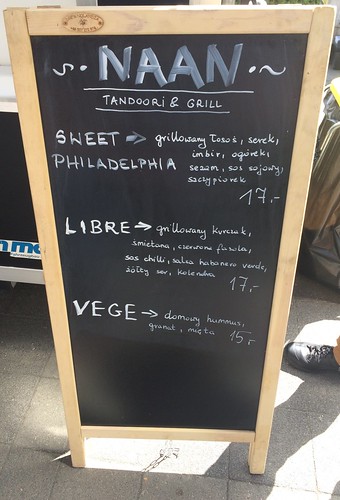 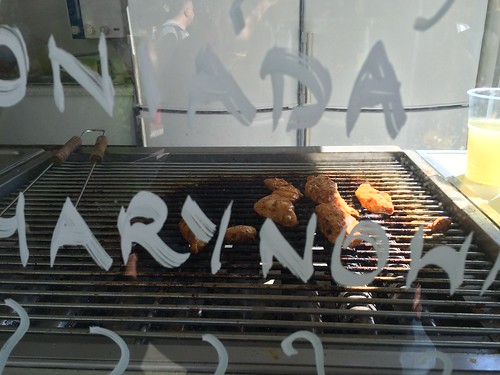 I ordered the Libre (17zł), which consists of freshly grilled chicken breast, sour cream, red kidney beans, cheese (unspecified, but my guess is it was Gouda), chilli sauce, salsa habanero verde and fresh coriander. I did however ask that they go easy on the hot sauce, just because habanero sauces tend to be overtly intense. The lady who was to prepare my Naan complied, but she did say she would still garnish it with just a few drops to properly complete the flavour palette.

Festival waitng times resulted in us waiting just under half an hour for the first Naan to arrive, but once it did, it was well worth the wait! I found the Libre to be very good – it tasted somewhat like an unrolled version of a soft and fluffy, yet crispy Mexican tortilla. All of the ingredients tied in together very well, but it did turn out that it was the hot sauce that saved this Naan from tasting too bland. Hence, I must say that the lady who prepared my Naan was right to add a few drops, despite my initial protest. 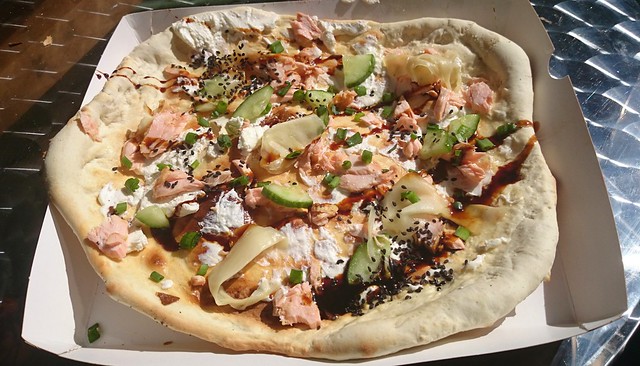 The other Naan that we got to try was the Sweet Philadelphia (17zł), which consisted of grilled salmon, cream cheese, marinated ginger, fresh cucumber, black sesame seeds, fresh chives and some sort of sweeter rendition of soy sauce. The Sweet Philadelphia was like a giant delicious sushi roll served on fresh Indian bread instead of rice. Out of the two we tried, this Naan was the winner for me!

The third position on the menu was the Vege Naan (15zł), which as the name implies, is a vegetarian-friendly option and consists of homemade hummus, pomegranate bits, and fresh mint. I'm sure it's just as delicious as the rest of them, because the Naan Tandoori & Grill food truck team appear to put great thought into flavour composition and care about the freshness of their products.

To find out where the Naan Tandoori @ Grill Food Truck is parked, you can follow their Facebook page here.

Melania Sulak hails from Toronto but she's been living in Wrocław for some time now. Her captivation with the city's cultural life has led her to join Wrocław Uncut, to which she's been contributing since 2014.