If you’re short of booking a flight to Paris, Charlotte Café may be your best bet for a temporary French escape in Wroclaw.  Overlooking the Jewish center, this fabulously large space with its tall ceiling and minimalistic Parisian touches will be sure to win your hearts over – and your stomachs.

On our Sunday visit we were lucky to find a table for brunch as the place was packed to the very rim. The food was surprisingly affordable and like most French bistros, the menu played around with the usual suspects like the croquet monsieur, éclair or pan au chocolate. 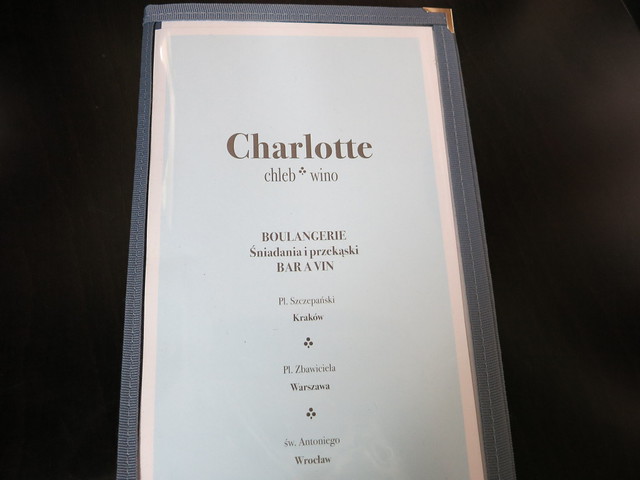 To begin with we opted for the Snadanie Charlotte (15zl), the Croque Madame (17 zl), and the Croque Monsieur (15 zl).

The Sniadanie Charlotte (Charolotte's breakfast) consisted of a breadbasket with a croissant and an assortment of freshly baked breads. It came accompanied with a hot beverage and two spreads of your choosing. I chose the white chocolate and the raspberry spread, and quite frankly found it heavenly. 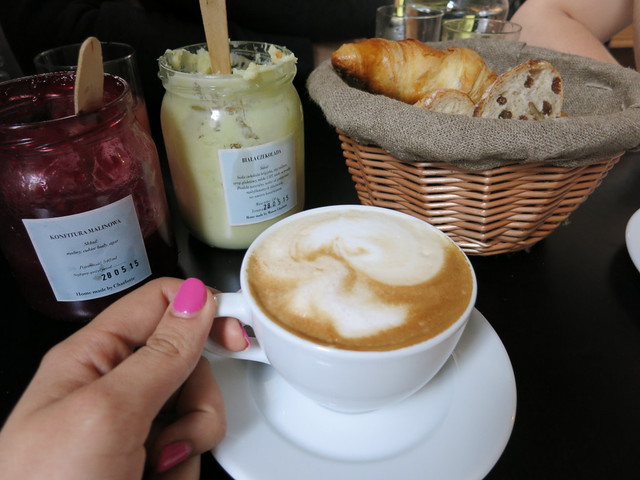 The Croque Madame, a dangerously cheesy grilled turkey and cheese sandwich with béchamel sauce and a fried egg on top, was most definitely the highlight of brunch. Béchamel, like bacon, makes everything better. 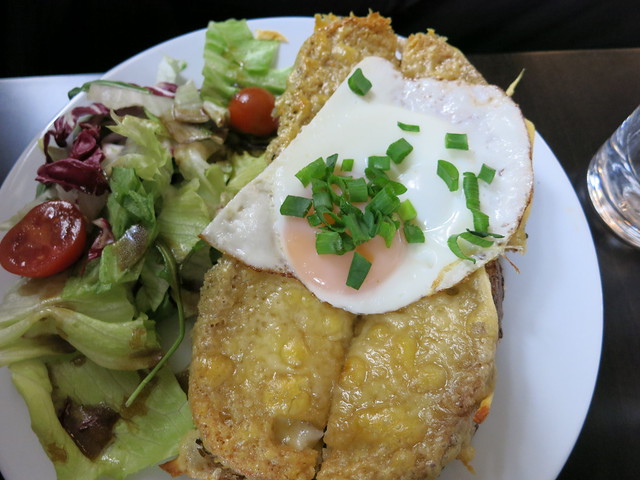 The Croque Monsieur was the same as the Madame, except for that it was stuffed with ham instead of turkey and came without an egg on top.  It was also good of course – as is anything coated with Gruyere cheese; however, we found that for 2 zl more the egg was well worth the upgrade in the Croque Madame. 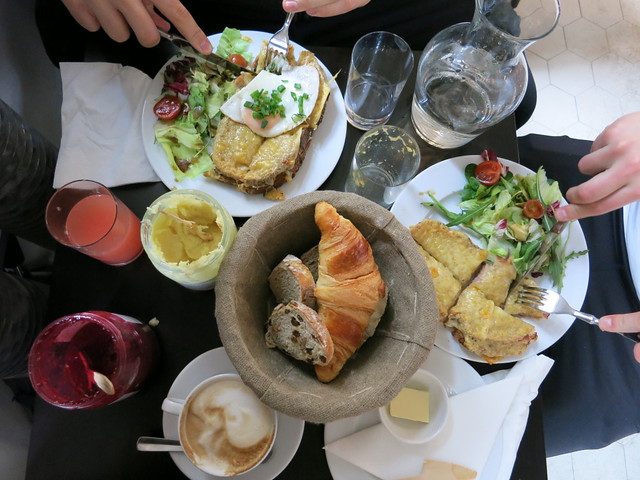 At the end of our brunch, we couldn’t help but indulge in a few French desserts. I opted for the Pistachio Éclair, not just because I love éclairs but also because they take extreme skill and precision to make. I wanted to test the skill level of Charlotte, and I have to say that it wasn’t very hard to give them a pass. The dough of the éclair was wonderfully soft, with a nice creamy center and a hard outer pistachio flavored glaze.

For any chocolate fiends reading this, the Fondant Czkelodowy (10zl) won’t leave you disappointed. The éclair and the chocolate fondant may be miniature bites of perfection, but the real showstopper was the White Chocolate Cheesecake (Sernik z Białą Czekolada 9zl), which is quite literally the stuff that dreams are made of. 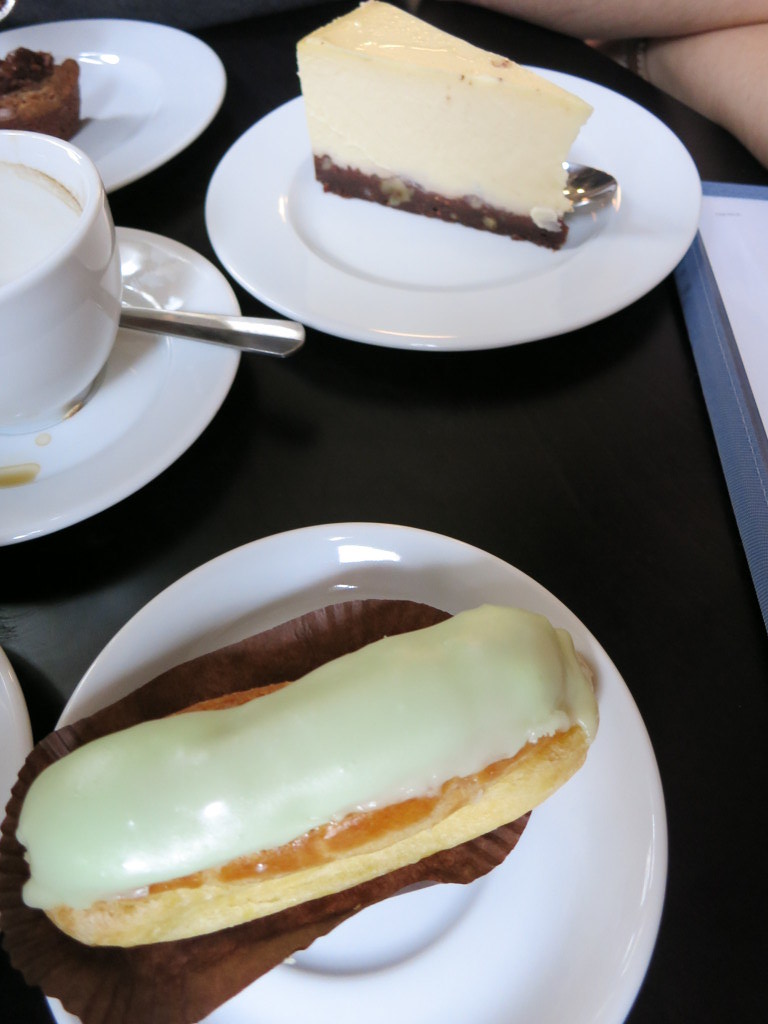 At the end of our brunch we left full and happy. Charlotte has already successfully won over the hearts of the people of Warsaw and Krakow, and now its on the right road to win over Wroclaw’s too.

Romina Moradi is a full time medical student and food fanatic. Since joining Uncut Romina has been reviewing Wroclaw's newest and trendiest restaurants, taking stunning full HD photos of luscious dishes prepared by some the city's best chefs along the way.