Spiz is no longer the only pub in Wroclaw where you can enjoy some local beer inside a working brewery. The recently opened Browar Stu Mostow, located in the Kromera district, also has its own bar and restaurant.

This adventurous new brew house is housed in a brick building just across the river from Wroclaw's crumbling Piast brewery, which has been derelict for some years now.

Wroclaw's latest addition to the craft beer map can be reached within walking distance of the north side of the Warsaw bridge. Somewhat conspicuously hidden,  Browar Stu Mostow's entrance is merely marked by an A4 printout taped to the front door. Once you walk up the stairs however, there can be no doubt you've just entered a brewery. On the left, the pub have built in a casual seating area built on steps, which although not overly comfortable, does create a lively and social space. Peer over to your right meanwhile, and you'll be able to look down to the lower level to see where all the beer is actually made. 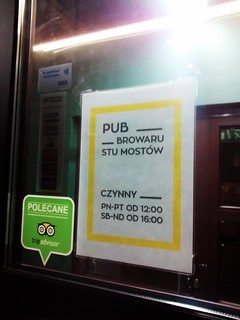 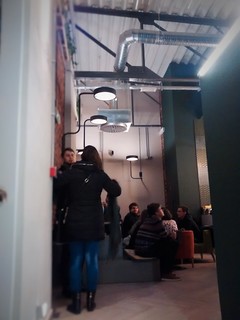 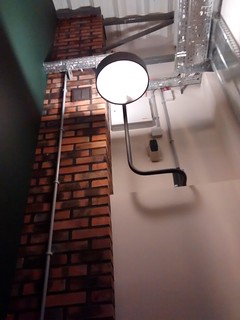 The beer is pretty damn good too, which is just as well given the location outside the city centre. The four beers we tried were easily a cut above what Spiż are able to muster, with the quality roughly equivalent to Polish craft beer favourites Ale Browar and Pinta. The vast majority of the 10 beers on tap are produced in house – pale ales, wheat beers, dark beers, pilsners and porters are just some of the styles on offer. 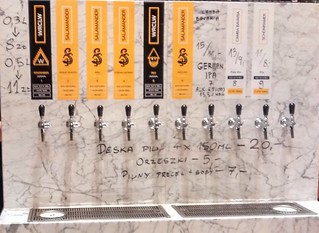 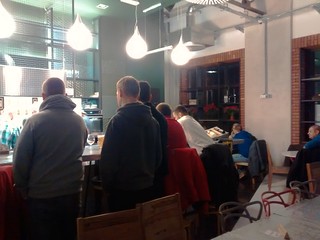 Considerable effort has gone into  showcasing Browar Stu Mostow's brand and logo, which is frosted onto all of the various glasses used for different types and sizes of beer. This appears to be aimed at creating prestige and a 'cool factor', with the bar's modern design also part of the package.

The interior feels evidently hipster, yet manages to avoid copying the same copycat trends other modern venues can't help but buy into. There's no pallet based furniture in sight, nor are there any of the old-school low lit light-bulbs adorned by many new bars. Instead, Browar Stu Mostow have built a bar under their own interpretation of the modern industrial style – something that is much welcome considering the lack of originality in so many recently opened venues. The backdrop of the brewery itself, together with the open kitchen, fosters a decent atmosphere too – you constantly get the impression that something is going on around you. 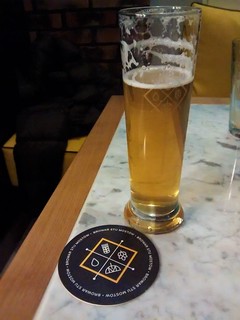 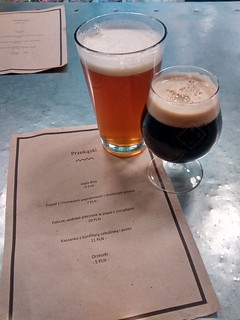 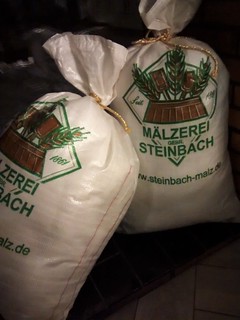 When it comes to the food, the brewery have a small but prudent selection of beer soaking grub on the menu. On our visit we sampled two of the three options available – the kaszanka with fried onions and pesto (11z), as well as a pretzel served together with two freshly made dips (7zl). Both the dishes were served in a contemporary fashion very much fitting of the bar's modern look, and were fine for the money. The kaszanka wasn't the greatest we've ever had in Poland, while the novel addition of pesto to the plate solely worked from a cosmetic perspective. Even so, it was still tasty and soaked up the booze nicely. The warm and delicously salty pretzel was definitely a hit though, as were the creamy and spicy dips served along with it. 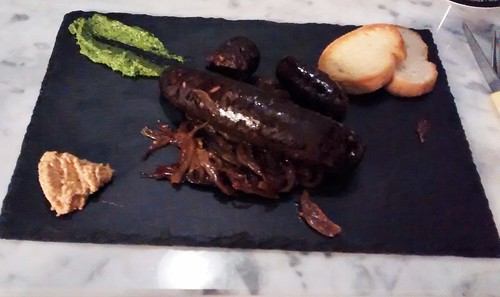 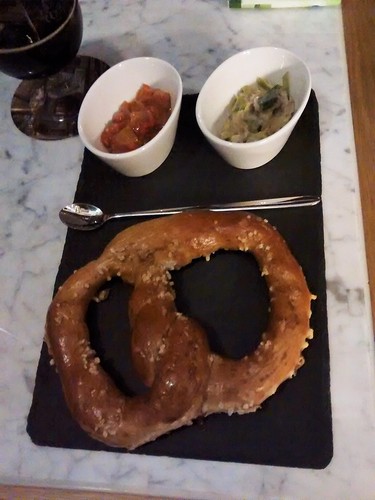 All in all, it has to be said that Browar Stu Mostow is well worth going to, even if it is just a one off visit to sample your curiosity. The staff are friendly, the vibe is good and the atmosphere is particularly lively at weekends. That said, given the brewery's location, it is difficult to recommend traveling out there regularly when there are craft beer pubs like Marynka, Kontynuacja and Szynkarnia all within walking distance of the Rynek.