Burger craze indeed. Why the madness?

I simply had no idea that a burger could become so popular in Wroclaw. The association between obesity and hamburgers has been discussed endlessly and few people I have met claim to enjoy them. Yet, most of the food trucks at the food truck festival had them on their menu. Why the madness? Simple. It is popular and quick, and just like pop music, no one admits liking it publicly. Cover the meat (or any other variant) with something and include veggies with a delightful sauce and booyah, meal on the go. That is how far the burger in Poland has come – whether you like it or not. The only addition is the Polish 'touch'. What does that mean? It means the grill now has a Polish grill master. 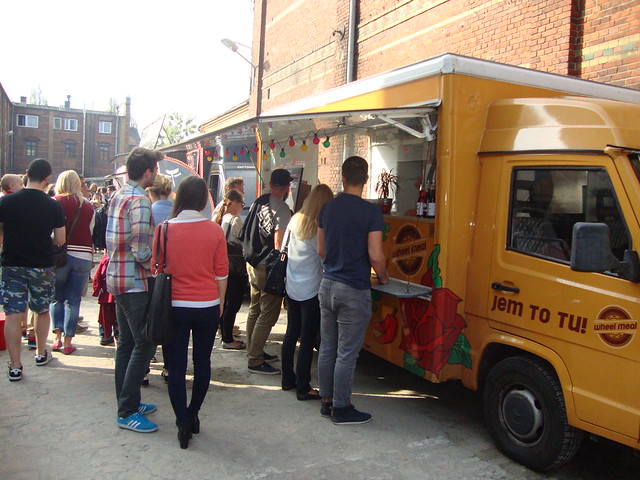 Food trucks at this year's food truck festival in Wroclaw specialized in various cuisines ranging from sausages to Mexican food and everything in between. The dumpling truck was the most popular based on the length of the queue, which stretched like a snake and blocked foot traffic. Regardless, this festival was a one stop shop for food truck dining. All you had to do was go to one address and you had your choice of cuisine. It does not get any easier than this when dining out food truck style. If you had come with a family, then it would have been quite difficult navigating the pram through the crowded aisles, let alone finding a seat. Yet, no one complained and it seemed that everyone was enjoying the good weather. I reckon the sun does that to people. That and perhaps the alcohol and ice cream. 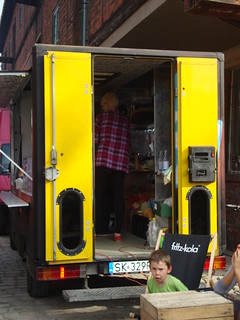 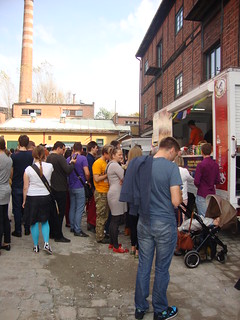 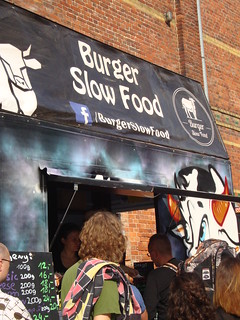 The question is now why the burger has become so popular in an increasingly food conscious Poland? Face it, it is a relatively healthy nation of eaters compared to the US. Obesity concerns aside though, it appears the burger is here to stay. Grill some meat or substitute and then just wrap it with something. The more exotic the better, whether it be rugula or Spinach or anything else satisfying enough to distinguish yourself from your average fast food burger joint. Goat's cheese sounds delightful, and better yet, let it melt inside the beef patty.

Polish people know their way around a grill and in order to make it a business, they simply provide what other restaurants do not and make it sound less guilt edged in one way or another. The best example of that are the vegetarian burgers that many trucks now have on the menu. The very name 'burger' is synonymous with meat, yet it has taken another life. This shows the extent that food trucks are willing to satisfy the palates of all customers, which can only be a good thing. 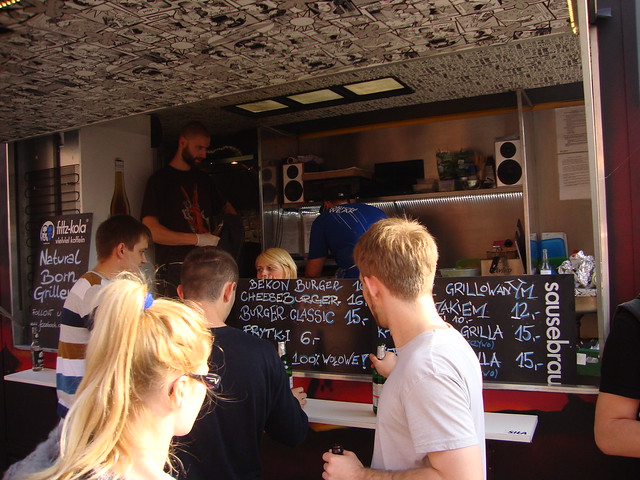 As an American, I consider myself by default a burger expert and I had literally starved myself before going to this event to try various dishes. By the time I had arrived, I was famished. The hordes of people was a wonder to behold and yet fear suddenly struck me, I will need to wait. Food trucks are not like the big restaurants with the capacity to meet the demands of the populace in good time. And so, I did what most people my age would have done, walked around until finding the food truck with the shortest queue. Unsurprisingly, it was a grill place with burgers, strongly promoted as 'Natural Born Grillers' from Katowice. I was so hungry I could not debate how a food truck could be associated with such a violent film, but then again, the vegetarians would understand.

After waiting for close to 45 minutes, I grabbed my bacon burger and fries and looked for a place to sit. All too predictably, there were no seats available. Given that I could not eat it by the food truck from which I ordered, then I opted to devour it by my car instead. It was not a truck but at least I could listen to my own music on the car stereo. It might have been sad, but it was enjoyable all the same – and worth it.

An Angeleno by birth, but a Bostonian and Milanese by education, who unfortunately happens to hold an absolutely useless Master of Arts degree in Philosophy. René has been living in Wroclaw for over 7 years and works as a technical writer for Nokia. The only thing he is good at apparently. He can be found drinking or eating at a some dive joint hoping for a metaphysical realization while looking for the hot sauce and ordering another round, defying his common sense.